A place in the quarter-finals of the Carabao Cup will be up for grabs when Chelsea welcome Southampton to Stamford Bridge on Tuesday.

Several English clubs across divisions will be in action this midweek, as Carabao Cup resumes with the Round of 16 commencing on Tuesday. One of the teams in action on the day will be Chelsea, as they play hosts to fellow Premier League outfit Southampton at Stamford Bridge.

Chelsea have been in fine touch almost entirely through the first two months of the new season, with the only real blip coming in the form of back-to-back defeats to Manchester City and Juventus last month. However, the Blues have hit back well since then in the past week, they have scored 11 unanswered goal, with the most recent game ending in a 7-0 trouncing of Norwich City.

Southampton, on the other hand, have only made gradual progress early in the 2021/22 season. The Saints have won only three games so far in the ongoing campaign, with two of those coming in the Carabao Cup, wherein they cruised to an 8-0 win over Stockport County in the second round before beating Sheffield United on penalties last time out.

Chelsea, who, like their visitors, also needed a win in the shootout to reach the fourth round, have already faced Southampton once this term, battling to a 3-1 win at home earlier this month. Ahead of the latest meeting between the two sides, The Hard Tackle takes a closer look at the encounter.

Thomas Tuchel does not have any fresh injury concerns hampering his preparations ahead of the visit of Southampton. On Tuesday, the Chelsea manager will be bereft of the services of as many as three first-team players.

So, Christian Pulisic (ankle), Timo Werner (hamstring) and Romelu Lukaku (ankle) all remain on the sidelines, with none of the three players expected to make their returns this month. In addition, Tuchel has been sweating over the fitness of N’Golo Kante, with the Frenchman struggling with a tightness in his muscles this past weekend.

Kante, though, ought to be available to take on Southampton, although it is likely that he will be preserved for the Premier League game against Newcastle United this coming weekend. With the 2018 FIFA World Cup winner unlikely to be risked, Ruben Loftus-Cheek and Saul Niguez could get a chance to impress on Tuesday.

The same can be said about Hakim Ziyech, whose absence with a shoulder injury has been nothing short of frustrating. Ziyech ought to be a part of the attacking trio, lining up alongside Kai Havertz and Callum Hudson-Odoi, with Mason Mount getting a rest following a scintillating display against Norwich City.

As for the wing-back slots, Reece James appears to be an automatic pick on the right flank but Ben Chilwell could get a rest, making way for Marcos Alonso on the left wing. At the back, Malang Sarr is in line to get another start, with Andreas Christensen set to return in the three-man central defensive unit, which will be completed by Trevoh Chalobah. Finally, Kepa Arrizabalaga will come in for Edouard Mendy in goal. 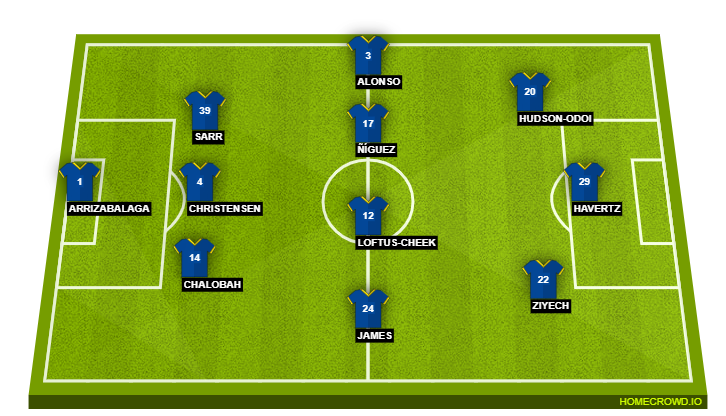 Unlike his counterpart in the Chelsea dugout, Ralph Hasenhuttl has a couple of roster issues to deal with ahead of the trip to Stamford Bridge. On Tuesday, the Southampton manager is set to have to make do without four first-team players.

Jack Stephens remains a long-term absentee due to a knee injury that will keep him out till next month at the very least. In addition, James Ward-Prowse will serve the final of his three-match ban which was incurred earlier this month against Chelsea.

Mohamed Elyounoussi has also become unavailable due to an impending surgery on his hands that will force him to be unavailable till the weekend at the very least. Finally, Armando Broja misses out as he is ineligible to face parent club Chelsea as part of the terms of his loan deal.

Like Thomas Tuchel, Hasenhuttl could be set to make wholesale changes to the starting lineup, with several fringe players set for rare starts, starting in goal, where Fraser Forster will replace Alex McCarthy.

In front of the veteran English goalkeeper, Southampton will line up in a 4-2-2-2 formation, with Lyanco set to pair up with Mohammed Salisu at the heart of the defence while Romain Perraud and Yan Valery being the two full-backs. Up ahead in midfield, Ibrahima Diallo will continue to deputise for Ward-Prowse, with Oriol Romeu being his partner in the middle of the park.

The rest of the team should have a fresh look to it, with Stuart Armstrong and Nathan Tella playing off of the two strikers, who ought to be Che Adams and Shane Long. That means that the likes of Adam Armstrong, Moussa Djenepo and Theo Walcott will be options off the bench against Chelsea. 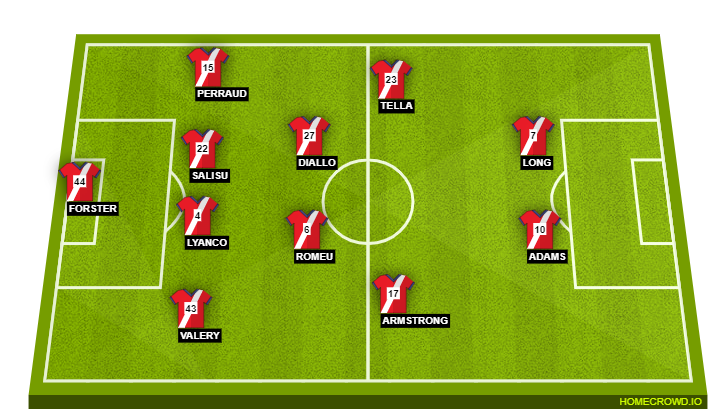 It is fair to say that Saul Niguez’s short time at Chelsea so far has been a dud for now. The Spanish international has not been afforded too many opportunities to impress amid the fine performances by N’Golo Kante, Jorginho and Mateo Kovacic, but he has also appeared to be listless when he has taken the field himself.

In fact, his slow start to life as a Chelsea player has also enabled Ruben Loftus-Cheek to usurp him in the pecking order for midfielders, with even Ross Barkley being afforded more time off the bench in the Blues’ most recent game. However, the Carabao Cup match against Southampton offers Saul a chance to impress Tuchel, and he must grab this opportunity with both hands if he is to have a future at the club.

Chelsea might be set to make major rotations to their starting lineup on Tuesday, but they still are the stronger of the two sides, by far. The fact that their defence will once again be good enough to hold the fort will enable the attacking players to express themselves better.

Southampton, on the other hand, will only threaten sporadically while being susceptible to fast breaks from Chelsea, which is when the hosts will strike first blood. And a second goal later in the game will seal the deal for Chelsea, with The Hard Tackle predicting a 2-0 win for Thomas Tuchel & co.