Jose Mourinho and Pep Guardiola will renew their rivalry on Saturday when Tottenham take on Manchester City in this weekend’s big Premier League clash.

The dreaded international break is over; some clubs have suffered more than others, but each one of them will be glad to see the back of it. Premier League action resumes on Saturday with Gameweek 9 of the 2020/21 set to get underway. The big game this weekend will be played at the Tottenham Hotspur Stadium, where Tottenham will play hosts to Manchester City.

Tottenham Hotspur seem to be enjoying the typical Jose Mourinho second season and it looks like they might just be a part of the title picture over the course of the season. The Lilywhites, boasting the second-best attack and the joint-best defence at present, are currently second on the Premier League table, just a point adrift of early leaders Leicester City, who play Liverpool on Sunday.

Manchester City, on the other hand, have made a horrific start to the 2020/21 season by their lofty standards. The Citizens have managed to win just three of their opening seven Premier League games, which has left them 10th in the standings, already six points behind Leicester. Their most recent fixture was the 1-1 draw with Liverpool just ahead of the international break.

The corresponding fixture last season ended in a 2-0 win for Tottenham, with Steven Bergwijn and Son Heung-min on target while Oleksandr Zinchenko was sent off midway through the second half. Ahead of the latest meeting between the two sides, The Hard Tackle takes a closer look at the encounter.

Jose Mourinho has one fresh roster issue hampering his preparations ahead of the visit of Manchester City. On Saturday, the Tottenham Hotspur manager will be bereft of the services of two first-team players.

Erik Lamela misses out due to a calf injury that will keep him out till next month. The fresh absentee for Tottenham, though, is Matt Doherty, who misses out after testing positive for the coronavirus while on international duty with the Republic of Ireland. However, there is some positive news as well.

Steven Bergwijn is fit and available for selection, Mourinho informed the press, after pulling out from the Netherlands squad during the international break. Bergwijn, though, is unlikely to start, with Gareth Bale and Son Heung-min being the two wide men for Tottenham against Manchester City. Spurs’ attack will be spearheaded by Harry Kane.

Midfield will hold the key in this match and Tottenham will hope to overpower Manchester City in the middle of the park, especially with much of the creativity flowing through Kane and Son. The job of keeping things tight in midfield will fall upon Pierre-Emile Hojbjerg and Moussa Sissoko, with Tanguy Ndombele looking to harry Rodri and the Manchester City defenders higher up.

In defence, Serge Aurier is expected to come in for the unavailable Doherty, with Sergio Reguilon an automatic pick on the left flank. Toby Alderweireld and Eric Dier will pair up at the heart of the Tottenham defence, with Hugo Lloris taking his place in goal. 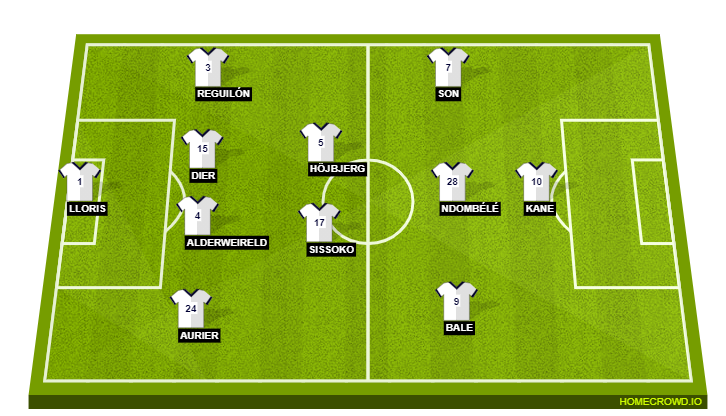 Like his counterpart in the Tottenham Hotspur dugout, Pep Guardiola has received a setback coming out from the international break. On Saturday, the Manchester City manager will have to make do without three first-team players.

Fernandinho is out with a stomach problem while Benjamin Mendy continues to struggle with his fitness. The fresh absentee for Manchester City is Nathan Ake, who picked up a hamstring injury while on Netherlands duty. Raheem Sterling also sustained a knock while on international duty but is likely to be available after resuming training on Friday, as per Guardiola.

Sergio Aguero has also recovered from his injury to rejoin training. The Argentine is, therefore, in contention to feature against Tottenham, but is expected to start on the bench. In his stead, Gabriel Jesus ought to lead the line for Manchester City, with Sterling and Ferran Torres, who hit his first career hat-trick earlier this week, likely to be the two wide men.

In midfield, Kevin De Bruyne and Rodri are certain starters. De Bruyne will be the creator-in-chief for Manchester City, while Rodri will hope to shut the gates to the defence. The third man in the middle of the park ought to be Phil Foden, who is coming off a fantastic performance for England against Iceland this week.

In defence, the absence of Mendy ought to be filled by Joao Cancelo, who has looked a threatening prospect in the left-back slot. On the opposite flank, former Tottenham defender Kyle Walker picks himself while Ruben Dias and Aymeric Laporte will pair up at the heart of the defence, which will provide cover to Ederson Moraes. 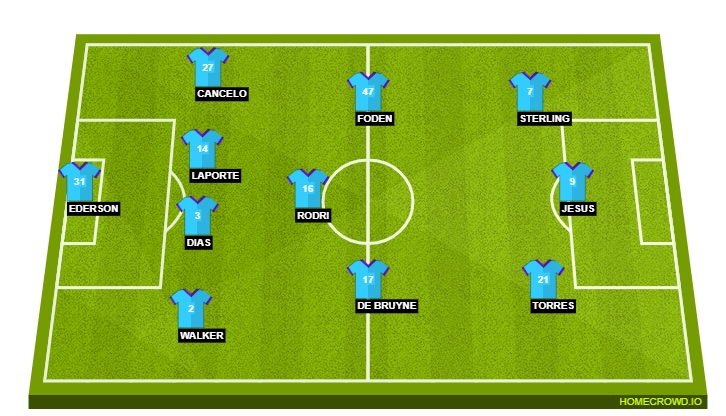 After a couple of difficult seasons, Harry Kane seems to have gradually rediscovered his best touch. While he may no longer be the Kane of the old, who scored goals for fun, this is the latest, far more complete version of a player who appears to be one of the very best in the game at the moment.

So far in the 2020/21 season, there has been very little stopping Kane and if Tottenham are to take anything from this game, their talisman will need to be on the money for the umpteenth time. The fixture against Manchester City also presents Kane with the chance to prove that he can deliver the goods in the marquee fixtures as well in a crunch season. A critical game for the England captain.

One of those games that will be too close to call. Tottenham Hotspur are on a resurgent run and are also developing the habit of winning ugly when they cannot blow teams out of the park. Their output at the back is improving all the time as well and with Manchester City struggling to pose a constant threat over the course of the game, the hosts could well have their noses in front.

Having said that, the Manchester City defence has become considerably more solid with the arrival of Ruben Dias and will hope to lock out the Tottenham attack. Therefore, this could be one match that might not have much to separate the two sides right till the very end. However, when push comes to shove, Harry Kane should deliver, handing Tottenham a 2-1 win over Manchester City.