Barcelona brace themselves for the return of Pep Guardiola at Nou Camp as they host Manchester City in the group stages of the UEFA Champions League.

Barcelona had a mixed start to their current season but Luis Enrique seems to have steadied the ship now. The Catalan giants, however, have had a smooth ride in the Champions League thus far with a convincing win over Celtic and a hard-fought victory over Borussia Monchengladbach. The Blaugranes go into the match as slight favourites after a 4-0 win over Deportivo La Coruna over the weekend.

Manchester City have had a brilliant start to their debut season under Pep Guardiola but the Spaniard’s managerial reign has seen some blips emerging of late. The Citizens won convincingly against Gladbach but toiled to a 3-3 draw against Celtic. On the domestic front as well, Manchester City are without a win in two games now, after winning six on the trot. A loss to Tottenham and a tepid draw against Everton has killed all the gathered momentum. Guardiola’s men go into the game billed as slight underdogs but Barcelona would be wary of the threat they possess.

Lionel Messi came off the bench to score against Deportivo and the Argentine superstar is likely to be fit enough to be in the starting eleven on Wednesday night. Luis Enrique, though, will still be without the services of Sergi Roberto and Jordi Alba. The Spaniard preferred the French duo of Lucas Digne and Jeremy Mathieu as the replacements but Aleix Vidal could be handed a rare start in place of Mathieu.

Cillessen is still unlikely to be 100%, which means Ter Stegen is to continue as the number 1 for the Catalan giants. Luis Enrique has a difficult choice to make as to whether he is to keep Mascherano as Pique’s partner, with the pair keeping a clean sheet over the weekend, or prefer a more natural Samuel Umtiti in the Argentine’s place.

Luis Enrique has overseen a slight transition from the constant tiki-taka model and incorporated a pinch of counter-attack to Barcelona’s armoury, which could make the difference against City. 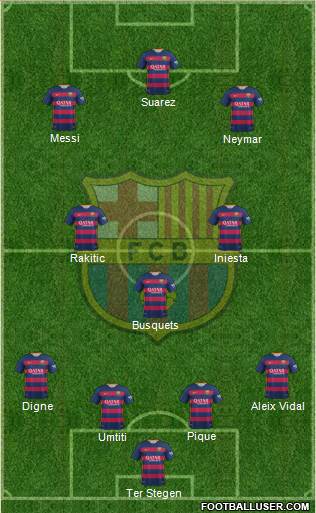 Sergio Aguero is set to be fit enough to lead the City front-line against Barcelona after coming on from the bench against Everton over the weekend. Citizens captain Vincent Kompany and Bacary Sagna are the only players likely to be unavailable at Guardiola’s disposal.

Pep deployed a 3-4-3 against Everton, which seemed to backfire and the Spaniard is likely to revert back to a 4-man defence. Sagna’s injury means an almost automatic deployment of Pablo Zabaleta as the right-back while doubt remains as to who Pep is likely to choose to partner John Stones at the centre of the defence.

Nolito impressed against Everton and could be handed a start against his former club with Sterling likely to be on the other wing for Guardiola. Fernandinho could be the surprise man to start in defence with the manager likely to risk the aforementioned in favour of dominance in possession.

The deployment of Fernandinho as Stones’s partner could make room for the trio of Silva, Gundogan and De Bruyne to co-exist in the midfield, which could prove to be the difference for City while Claudio Bravo is set to face the team he left in order to join the Citizens earlier in the summer. 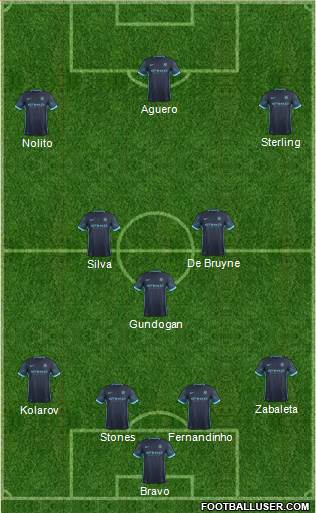 1. Barcelona have come out victorious in the last 4 matches against Manchester City in all competitions.

2. Barcelona come into the game having won 5 of their last 6 Champions League matches.

3. Manchester City also have a decent record with the Citizens being undefeated in 10 of the last 11 Champions League matches.

4. It is set to be a high-scoring game with both the teams’ matches in the Champions League group stage this season averaging 5 goals a game.

5. Lionel Messi has 9 goals in his last 8 Champions League games.

Barcelona go into the game as favourites both in terms of quality and form, and the availability of the MSN trio could make situations dire for Manchester City. The Citizens’ attack exudes quality and class and is likely to trouble the Blaugranes’ defence but the City defence looks weak in comparison to Barcelona’s attacking trio.

And despite the plethora of stars on display, Neymar is likely to be the difference-maker on the pitch, with the Brazilian in devastating form of late. Nou Camp are likely to witness another windfall in terms of goals and excitement with Barcelona favoured to secure a win over former manager Guardiola.