Four out of Four

Inter have been very impressive at the turn of the new year. They have won all their matches in 2011, thanks to their new coach and manager Leonardo. The Nerazzurri have won 4 out of 4 matches in all competitions, including the Serie A and Coppa Italia. They have not only won their matches, but have won them convincingly under the Brazilian, which is even more impressive considering their debacles in the first half of the season. Leonardo: The Show Stealer for Inter

Off the pitch, Inter have been involved in all kind of transfer news, with Alexis Sanchez’s move still on the cards. One of their own players, Sulley Muntari, has handed in a transfer request due to the lack of playing time he has had with the World Champions.

Cesena sit one place above the drop zone with 19 points and are level with fellow relegation contenders Lecce. After an encouraging start to the season, the Seahorses are now struggling for survival and face a daunting task against a rejuvenated Inter Milan. Coach Ficcadenti has called for new strikers during the winter market in a hope to avoid relegation in their first season back in Serie A, and will face his biggest test this season when they visit the World Club Champions at the San Siro.

Sneijder, Coutinho, Samuel and Julio Cesar are still injured and will not feature. Thiago Motta and Dejan Stankovic are expected to be given a rest by Leonardo. Colombian Ivan Cordoba suffered a minor injury against Bologna and although it isn’t serious, Leonardo would want to rest him for the weekend against Udinese. New signing Andrea Rannochia should partner Lucio in the centre of defense.

In midfield, the ever present Javier Zanetti will start alongside Argentine Esteban Cambiasso and Kenyan International Mcdonald Mariga who comes in for Thiago Motta. Dejan Stankovic should continue his role as the playmaker behind strikers Diego Milito and Inter’s top  goalscorer this season Samuel Eto’o. Coach Massimo Ficcadenti will know fully well that a Inter are a formiddable opposition at the San Siro and should stick with his 4-3-3 formation. He will be without the services of  Yuto Nagatomo, who has been one of Cesena’s best players this season and one of the best fullbacks in Serie A. Former Roma goalkeeper Francesco Antonioli should take his place in between the sticks. In defense, Swiss International Steven Von Bergen and Maximiliano Pellegrino will be looking to keep Eto’o on a tight leesh. Maurizio Lauro will replace Nagatomo at left back.

The midfield should consists of captain Giuseppe Colucci, Fabio Casserta and Paolo Sammarco who will look to limit Dejan Stankovic’s influence. Albanian International Erjon Bogdani will be looking to cause problems to Inter’s defense using his height and strength. He should be flanked by Cesena’s best player this season Emmanuele Giaccherini and Dominique Malonga.

Eto’o has been in inspirational form this year for the Nerazzurri. The former Barcelona hitman made a mockerey of Bologna’s defense last weekend with two well taken goals and will be providing the main attacking threat for Inter Milan. Can Eto’o continue his hot streak??

He is also up there in the race for the Capocannoniere with 11 goals this season in Serie A.

Inter will rightly start this game as favourites and should not disappoint. Cesena have been abysmal away from home and in all likelihood would succumb to the Nerazzurri pressure.

Having been a shadow of themselves in the first half of the season, Inter have managed to get back on track under new coach Leonardo. There were speculations in the media that Inter had tried to sign the man in charge in the summer, they would now be wishing they had done that. Having said that, Inter are not in a disarray exactly as they have a couple of games in hand over their rivals upon winning which the Nerazzurri can enter into the top 4 and be just 5 points off their fierce city rivals Milan. Although their last couple of wins haven’t been a stroll in the park, all the players have worked hard for each other and have found the missing confidence. Bologna might not be the sternest test the champions might face from now till the end of the season, but Leonardo has emphasized the importance of winning this one. 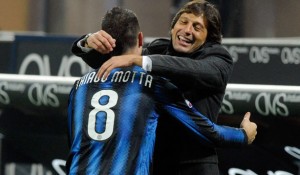 Leonardo: The Show Stealer for Inter

Things couldn’t get any worse for the Rosoblu off the pitch, as they have struggled to pay their players’ salaries. Due to this, the Italian FA has docked a couple of points off Bologna which has dropped them to the 15th place in the table. Just 4 points off the relegation zone isn’t a healthy thing in any league not least the Serie A which has been immensely unpredictable this season. However, on a positive note, Bologna won their last match against Bari and drew against Fiorentina in the first match after the winter break. A trip to the Champions den is not the easiest of tasks but the men in blue will look to take confidence from their New Year start and gain a point.

Sneijder, Coutinho, Samuel and Julio Cesar are still injured and will not feature. Apart from these injuries, Inter do not have any other injury setbacks. Just at the right time, the Nerazzurri are coming back on track and the injuries are easing.

Leonardo has stuck to Inter’s treble winning formation and is expected to continue with the same. Due to the unavailability of Sneijder, Stankovic will be assuming the playmaker-in-chief role.  The trio of Stankovic, Milito and Eto’o will be expected to cause the relegation battlers immense trouble. Ranocchia should continue his partnership with Lucio at the centre of defense and provide the guard for Castelazzi – the stand-in goalkeeper.

Eto’o looks the same player he was before the suspension after continuing his fine form in the Coppa Italia in the midweek when he helped Inter advance to the next round. With Milito out of ammunition, Eto’o will once again be the main man and his team-mates will be counting on the Cameroonian to score the goals.

Morleo, Mutarelli and Moras are unavailable for the trip to Milan because of injuries. Malesani is likely to field a 4-3-1-2 system that will have Ekdal deployed just behind the front-two of Ramirez and Di Vaio.

Bologna will be aware of the difficulty of the task that lies ahead of them. So, the men in blue will look to sustain the constant pressure of the champions and contain them. This leaves only one option for them; that is to counter attack the fragile Inter defense. 1. Inter has won the last 6 matches out of 8 against Bologna.

2. Bologna has collected just 2 points in their last 8 outings.

The Cameroonian has been a constant man in attention for the Nerazzurri this season and has been the only bright spot of the miserable campaign. He returned from suspension and showed why most defenders in Europe fear him by scoring a brace in the Coppa Italia. 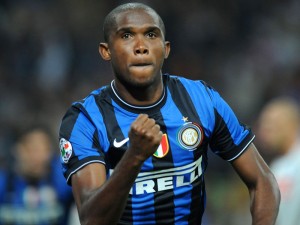 Can Eto’o continue his hot streak??

With this, Eto’o will be expected to continue his scoring spree and push for the European ‘Golden Boot’ whilst helping his team win more trophies.

Traditionally, Inter have been run-away winners in this fixture. However, they weren’t able to crack Bologna in their last outing under Rafa Benitez. But having returned to form, at home, Inter should be too much for the struggling Rosoblu.