The Netherlands will continue their World Cup campaign with their final group game against hosts Qatar on Tuesday.

The Netherlands have picked up one win and one draw from their first two games, and they will be looking to finish the group stages on a high with a win over a struggling Qatar side.

The Oranje were held to a 1-1 draw against Ecuador in their last group game, and Louis Van Gaal will demand an improvement from his players here. The Netherlands will be the firm favourites heading into this game, and they should be able to pick up all three points.

Meanwhile, Qatar have lost both group games comprehensively against Ecuador and Senegal. They managed to open their scoring account against Senegal in a 3-1 defeat, and the hosts will look to do better and grind out a result here. It will be interesting to see if they can step it up and get a point against the Netherlands.

Louis van Gaal is unlikely to make too many changes to the side that was held to a draw against Ecuador. Andries Noppert is set to start in goal. The back three will comprise of Matthijs de Ligt, Virgil van Dijk and Nathan Ake.

Denzel Dumfries will start as the right-sided wing back and Daley Blind will be deployed in a similar role on the left flank. Both players will be expected to contribute to the offensive phase of the game and chip in with assists.

In the midfield, Steven Berghuis will be the defensive midfielder alongside Frenkie de Jong, who will look to control the tempo of the game. Davy Klaassen will start in the hole, behind the strikers. Steven Bergwijn and Cody Gakpo are expected to lead the line.

Memphis Depay is an injury concern, and he is unlikely to be risked.

“We are not taking any risks with Memphis,” said van Gaal. 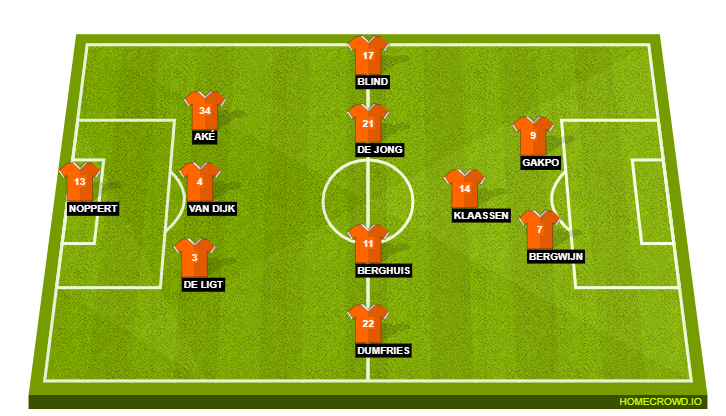 The hosts are likely to start with Meshaal Barsham in goal. The back three will comprise of Pedro Miguel, Boualem Khoukhi and Abdelkarim Hassan. Ismaeel Mohammad and Homam Ahmed will be deployed as the wing-backs. The two players were quite limited in the last game, and they will be expected to venture forward and support the attack here.

In the midfield, Abdulaziz Hatem will partner Karim Boudiaf and Hassan Al-Haydos. Almoez Ali will lead the line alongside Mohammed Muntari, who scored in the last game. 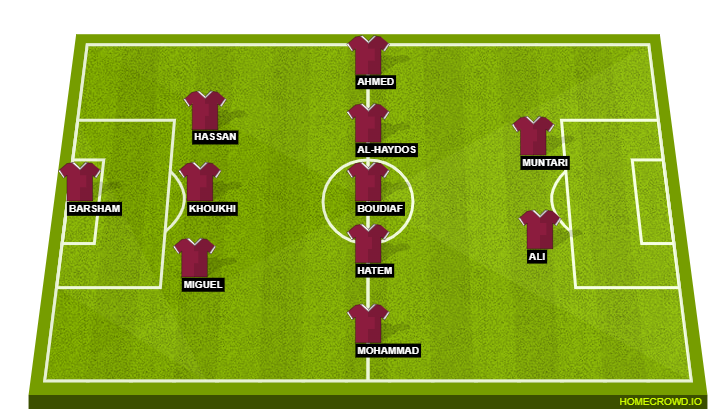 The PSV Eindhoven attacker has been in fine form this season for his club and he has carried that momentum into the World Cup as well. And his brilliant form has brought him closer to a move to Manchester United.

Gakpo has scored two goals in two group games so far, and he will look to take advantage of Qatar’s defensive frailties here. The Dutchman is likely to get on the scoresheet once again.

The Netherlands are a far better team and will be determined to grind out a win here. They are up against one of the worst teams in the competition, and Louis van Gaal will demand a professional showing from his players.

Meanwhile, Qatar are simply out of their depth here. Although the hosts will look to salvage some pride here, the gulf in quality between the two sides is significant. The Hard Tackle predicts a comprehensive 3-0 win for the Netherlands here.