Chelsea will aim to consolidate their position atop the Premier League table when they face Brentford at the Brentford Community Stadium on Saturday.

The 2021/22 Premier League season continues after the end of the international break with Gameweek 8. The action kick-starts on Saturday afternoon, when Watford welcome Liverpool to Vicarage Road and will also end in the capital, when Brentford welcome to Chelsea at the Brentford Community Stadium.

Brentford have proven to be a hard nut to crack early in the 2021/22 season, having been beaten just once after their first seven Premier League games. The Bees have produced some big displays already, beating Arsenal and West Ham United while holding Liverpool to a 3-3 draw. Such a superb start to the campaign has helped Thomas Frank & co. climb up to seventh on the table, just four points off leaders Chelsea.

Speaking of the Blues, they have continued to impress under the tutelage of Thomas Tuchel, earning a creditable draw against Liverpool while also blowing most other opponents away, with their only blemish coming against Manchester City, as far as the Premier League is concerned. The consistent performances for the most part has left Chelsea at the top of the table, a point ahead of Liverpool.

This will be the first ever instance when Brentford and Chelsea will be facing off against each other in the Premier League, and ahead of the maiden such meeting between the two sides, The Hard Tackle takes a closer look at the encounter.

"All the internationals came back well which is good

"Shandon Baptiste dislocated his shoulder and is out. Kristoffer Ajer and Vitaly Janelt should be available"#BrentfordFC #BRECHE pic.twitter.com/xBluo1ps7e

Thomas Frank does not have any major injury concerns hampering his preparations ahead of the visit of Chelsea. On Saturday, the Brentford manager will be bereft of the services of three first-team players, with Kristoffer Ajer and Vitaly Janelt passed fit to start after overcoming their respective knocks.

However, the likes of Shandon Baptiste (shoulder), Joshua Dasilva (hip) and Mads Sorensen (knee) remain on the sidelines and will play no part against Chelsea. Frank, though, is unlikely to fret much, considering he has all of his first-choice players at his disposal.

David Raya will take his customary place between the sticks, with Brentford set to line up in their usual 3-5-2 formation on Saturday. Ajer, who has been passed fit to start, will be stationed in the three-man central defensive unit, with Pontus Jansson and Ethan Pinnock being his partners at the back.

Up ahead in midfield, the onus will be on Christian Norgaard to keep a check on Mason Mount, with Janelt and Frank Onyeka providing defensive support to him. The duo will also bring on the forward thrust from the middle of the park.

Providing the width for Brentford will be the two wing-backs, with Sergi Canos and Rico Henry being the players who will need to create a lot of threat with their deliveries. Finally, the strike partnership will be formed by Bryan Mbuemo and Ivan Toney, with the duo also putting in the hard yards off the ball. 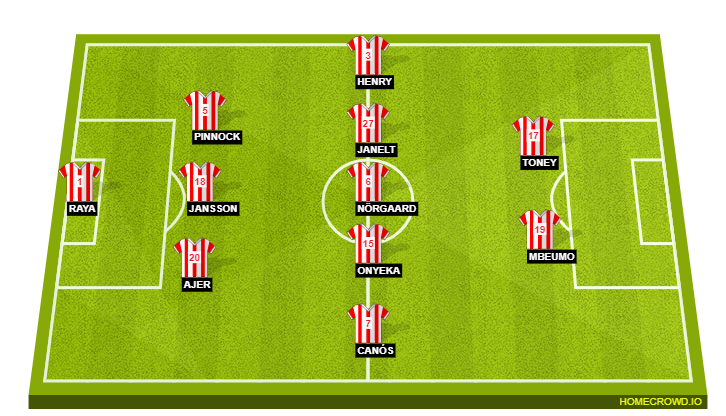 Unlike his counterpart in the opposition dugout, Thomas Tuchel has a couple of fresh roster issues to contend with ahead of the trip to the Brentford Community Stadium. On Saturday, the Chelsea boss will have to make do without at least three first-team players.

The fresh absentees are both centre-backs, with Antonio Rudiger sustaining a back injury while on Germany duty while Thiago Silva is arriving late after representing Brazil during the international break and will not be in the right shape to take on Brentford. The only other confirmed absentee is Christian Pulisic, who is still recovering from an ankle injury.

Tuchel is also sweating over the fitness of Hakim Ziyech, who is recovering from an illness. The Chelsea boss will take a late call on the participation of the Moroccan playmaker. However, there are no such worries when it comes to Romelu Lukaku (knock), Reece James (ankle) and N’Golo Kante (COVID-19), who are all fit after recovering from their respective issues.

Lukaku will, therefore, lead the line for Chelsea against Brentford, with creative support coming from Mason Mount and Timo Werner. Werner, in particular, will be playing with more confidence after scoring against Southampton last time out.

The fit-again Kante will likely return to the starting lineup, pairing up with Jorginho in the middle of the park. Out wide, James should be back in the side as well, starting as the right wing-back while on the opposite flank, Ben Chilwell should once again get the nod over Marcos Alonso.

At the back, in the absence of Silva and Rudiger, Cesar Azpilicueta, Andreas Christensen and Trevoh Chalobah pick themselves as the three central defenders while in goal, there is no looking past Edouard Mendy. 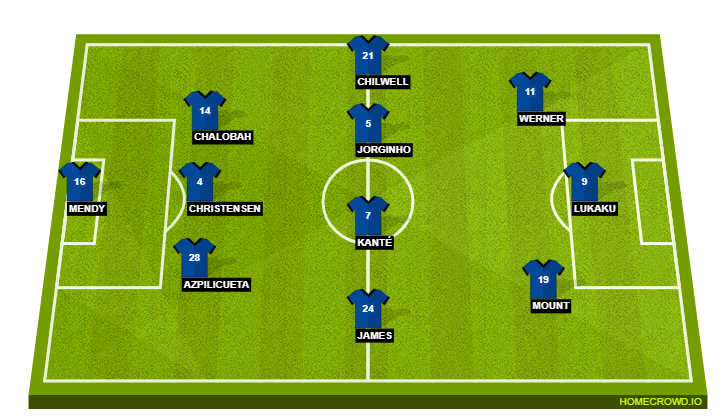 2021/22 is proving to be a memorable season already for Trevoh Chalobah. The 22-year-old has finally made his Chelsea bow and is taking each of his opportunities with both hands. Last time out, the youngster was in fine form and even found the back of the net – the second instance when he has scored a Premier League goal this term.

With Antonio Rudiger unavailable, Chalobah is set to get another chance to impress, and this will be his opportunity to show once again that Chelsea do not need to dip their toes in the transfer market to find the successor to Thiago Silva. Will he make his chance count again?

Brentford have not been easy to topple at all this season so far for any team. The Bees gave Liverpool of all teams a run for their money and now that they are set to host Chelsea, one can expect another resilient display by Thomas Frank’s charges.

This time around, though, they are facing a much more robust defensive unit in the form of Chelsea, meaning they might not get as many openings as they have in their last two games. What they should do, though, is frustrate their visitors to a great effect before eventually giving a goal away in the second half. The Hard Tackle, thus, predicts a 1-0 win for Chelsea.