Tottenham will hope to book their place in the UEFA Europa League Last 32 stage when they face LASK at Stadion der Stadt Linz on Thursday.

The 2020/21 UEFA Europa League continues this Thursday, with Matchday 5 of the group stages set to be completed. One of the earlier games will be played at Stadion der Stadt Linz, where LASK will be playing hosts to Tottenham Hotspur in a Group J tie.

LASK have won two and drawn as many games in the UEFA Europa League this season, a run of results that has left them third in the Group J standings, three points behind Royal Antwerp and Tottenham. The hosts have fared much better in domestic football, where they are going toe to toe with Red Bull Salzburg once again for the Austrian Bundesliga title this term.

Tottenham, on the other hand, were a little slow off the blocks after winning their game on the first matchday, going down 1-0 to Antwerp on Matchday 2. However, Spurs have since won each of their two games, which has seen them go level with the Belgian outfit. Jose Mourinho & co. are enjoying themselves at home as well, and they currently sit atop the Premier League table despite a drab 0-0 draw with Chelsea this past weekend.

The reverse fixture, played on Matchday 1 back in October, ended in a 3-0 win for Tottenham, with Lucas Moura and Son Heung-min on target while LASK defender Andres Andrade found the back of his own net. Ahead of the latest meeting between the two sides, The Hard Tackle takes a closer look at the encounter.

Dominik Thalhammer has a couple of pressing issues hampering his preparations ahead of the visit of Tottenham Hotspur. On Thursday, the LASK manager will be bereft of the services of two first-team players, although one is set to be at his disposal again in the Europa League.

Gernot Trauner is unavailable after being sent off in last week’s defeat to Royal Antwerp. However, James Holland is back at Talhammer’s disposal in the Europa League after serving his suspension last week. But, Petar Filipovic is also set to miss out after picking up a hip injury last Thursday.

Holland might not start for LASK either, considering he played the entire 90 this past weekend. In his stead, Mads Emil Madsen should be stationed in the middle of the park alongside Peter Mischorl, with the duo looking to contain Tottenham during their build-up play.

LASK will likely line up in a 3-4-3 formation, with Alexander Schlager set to assume his duties in goal. In front of him, the three-man central defensive unit will hold the key, with Andres Andrade, Philipp Wiesinger and Yevgen Cheberko set to form the back-three.

Reinhold Ranftl and Rene Renner will provide width in the final third in the offensive phase while dropping deep to form a back-five when off the ball, thereby becoming key players for LASK. Finally, in attack, Mamoudou Karamoko will lead the line against Tottenham, with Johannes Eggestein and Andreas Gruber being the two wide men. 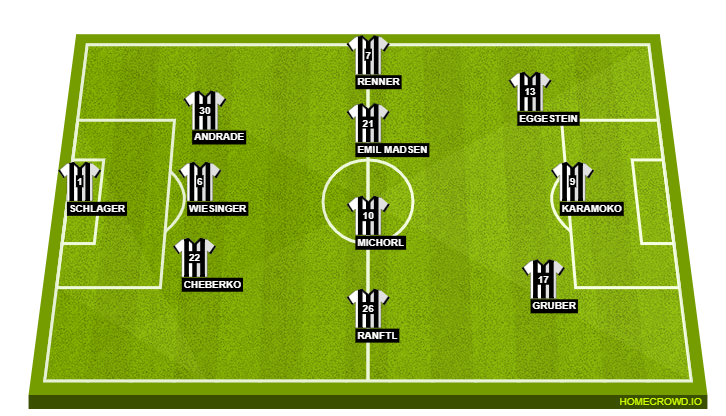 Jose Mourinho has a number of fresh injury concerns to contend with ahead of the trip to Linz to take on LASK in the UEFA Europa League. On Thursday, the Tottenham Hotspur manager will have to make do without several first-team members.

The big miss for Tottenham will be Carlos Vinicius, who would have hoped for another chance in the Europa League. Harry Kane is unavailable to take on LASK as well, as are Sergio Reguilon, Toby Alderweireld and Erik Lamela, Mourinho confirmed during his pre-match press conference.

Meanwhile, Joe Rodon, Gedson Fernandes and Paulo Gazzaniga are all ineligible to feature in the Europa League. With Rodon a forced absentee and Eric Dier likely to be rested, Japhet Tanganga will come in to partner Davinson Sanchez, whose future is highly uncertain, at the heart of the Tottenham defence.

Matt Doherty is available again after recovering from the coronavirus, making his return against Ludogorets last week. The Irishman should be back in the starting lineup after not featuring against Chelsea, taking his place as the right-back, with Ben Davies a certainty on the left. In goal, Joe Hart will take his customary Europa League spot.

Up ahead in midfield, Harry Winks will hold the key for Tottenham to dominate the proceedings, especially with his midfield partner, Giovani Lo Celso, likely to take up advanced positions on the pitch. Lo Celso, along with Dele Alli will create overloads higher up the field, with Gareth Bale, Steven Bergwijn and Lucas Moura crowding the LASK box, combining in a fluid manner over the course of the game. 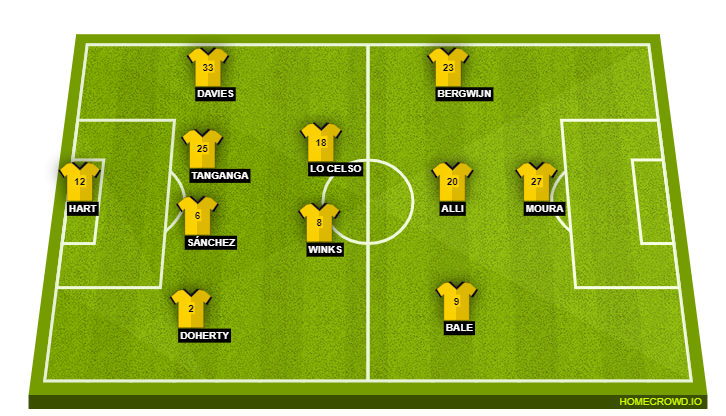 It has been slow progress for Bale since sealing a dream return to Tottenham this past summer. The Welshman has shown a lot of promising signs, but it goes without saying that he is still some way off reaching his peak levels just yet.

The games in the UEFA Europa League, though, provide him with a chance to do just that and the one against a vulnerable LASK is just the kind of outing he needs to get back to his devastating best. Will Bale rediscover his best touch in Linz on Thursday, or will his gradual progress continue on a similar tempo?

With games coming thick and fast, Jose Mourinho will be eager to play a dead rubber for once in the UEFA Europa League. That will only happen if his side can make short work of LASK in Linz on Thursday, with a point being all that they need to secure their place in the Round of 32.

A purposeful Gareth Bale could provide a boost to Tottenham’s fortunes, while their defenders will face a good test of their credentials by a nippy LASK attack. In the end, though, Spurs, who will likely dominate the proceedings for the most part, should be fairly comfortable and seal a 2-0 win over LASK to book their spot in the knockout stages of the Europa League.