England will look to get a step closer to securing qualification to the 2018 FIFA World Cup when they take on Malta on Friday.

The first week of the international break has witnessed frantic action, with teams scrambling to get a step closer to booking their ticket to next summer’s World Cup. In Group F, England will look to pull clear on top of the table when they travel to Attard to take on minnows Malta on Friday night.

The Three Lions currently sit atop Group F, unbeaten in their qualifying campaign thus far, with 14 points. On the other end of the table, Malta have just made up the numbers in the group – winless, and yet to register a single point.

The reverse fixture, almost a year ago, saw England run out comfortable 2-0 winners at Wembley, with Daniel Sturridge and Dele Alli grabbing the goals for the hosts. Ahead of the seventh round match on Friday, The Hard Tackle takes a closer look at the encounter.

Malta have been the bottom dwellers ever since the qualifying campaign began. But, that has largely been due to their shortcomings in attack, that has often lacked bite, while their midfield has failed to assert control whenever they have had possession of the ball.

However, while their midfield and attack may have been lacking, the defensive unit has given a good account of itself despite conceding 15 goals in 6 games. In fact, the Maltese back-line has only conceded more than two goals in two of their four outings thus far, often managing to frustrate their opponents for long periods.

And Pietro Ghedin would be hoping for more of the same from his defenders on Friday to keep a strong England attack at bay and perhaps snatch a shock draw. As far as team news is concerned for the Malta boss, it’s one man in and another one out up front.

Alfred Effiong, who is a part of Ghedin’s squad for the latest round of international fixtures, will not play a part against England as he is serving a one-match suspension. However, the Malta boss can welcome Jean Paul Farrugia to the matchday squad after he served a ban of his own. 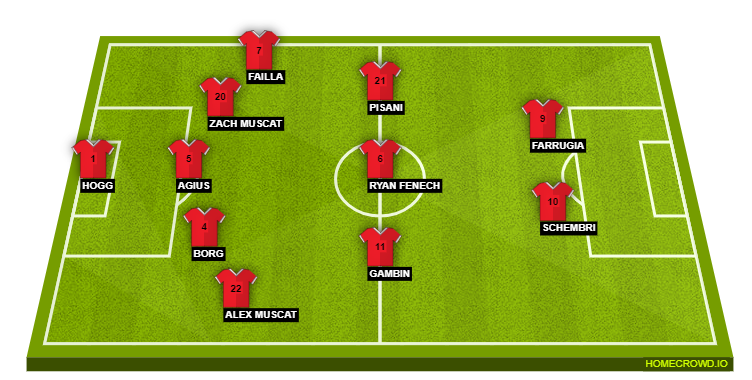 England officially play their first match of the post-Wayne Rooney era on Friday, with the veteran striker calling it a day in international football last month. Following the Everton man’s departure, the captain’s armband is set to “spread through the team” before Gareth Southgate finally zeroes in on the ideal candidate.

That being said, Harry Kane is likely to don the armband on Friday, with the Tottenham striker being one of the certain starters after Southgate confirmed that he will pick his strongest possible eleven. Dele Alli and Marcus Rashford, too, should start behind Kane.

One player who is definitely starting on Friday is Joe Hart, who will start ahead of Jack Butland and Tom Heaton after Southgate claimed that the West Ham custodian is “our best goalkeeper at the moment”.

Meanwhile, Jordan Pickford (thigh) and Kieran Trippier (ankle) have withdrawn from the squad due to their respective injuries, while Eric Dier will miss the match due to suspension. But, Phil Jones, Jake Livermore and Nathaniel Chalobah are available for selection after overcoming their minor injuries. 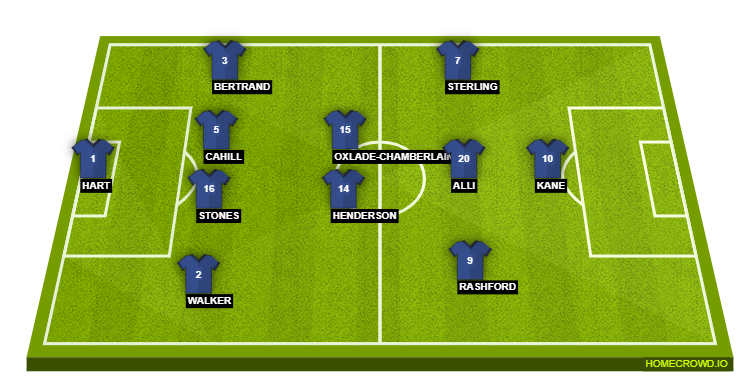 The last one year hasn’t been easy for Joe Hart by any stretch of imagination. At the club level, he has been forced out of Manchester City following the arrival of Pep Guardiola, while for England, he is no longer an indispensable figure.

The likes of Jordan Pickford, Jack Butland, Tom Heaton and Fraser Forster are all knocking on the door to snatch Hart’s place between the sticks. But, Gareth Southgate has imposed his complete faith in the veteran goalkeeper, insisting that the 30-year-old is the best shot stopper in England currently.

Therefore, Friday’s match gives Hart the best opportunity to repay his manager’s faith in him. Although he is unlikely to be tested much, the West Ham loanee can continue to enjoy his manager’s confidence with a strong showing whenever called upon on the night.

The World Cup qualifying campaign is approaching its climactic end, with just four rounds of matches left to be played in Europe. In Group F, England sit on top, and they will be looking to continue their unbeaten run against Malta.

More importantly for the Three Lions, Slovakia and Slovenia – currently second and third, respectively – playing against each other on Friday, Gareth Southgate and co. can stretch their lead atop the group over at least one of their main rivals.

Malta, though, are unlikely to pose much of a threat to England on Friday. Harry Kane and Dele Alli have been imperious for the national side over the last twelve months and the duo are likely to make a mark against the minnows as well. The Hard Tackle predicts a 3-0 win for the visitors.