Real Madrid begin the defence of their La Liga title on Sunday, kicking off their second full season under the tutelage of Zinedine Zidane. Deportivo La Coruna host Los Blancos at Estadio Riazor, with the visitors high on confidence and momentum ahead of the tie.

Zidane’s men come into this match having already lifted two trophies this month – the UEFA Super Cup and Super Copa De Espana. The latter, especially, was a pair of highly convincing results for Real Madrid as they trounced bitter rivals 5-1 in the Super Cup.

The hosts, meanwhile, will be looking to have a better campaign this time around after flirting with large parts of the 2016-17 season before eventually finishing 16th. Pepe Mel, though, could have a hard time considering the club have been awfully quiet in the transfer window thus far.

The corresponding fixture last season ended in an emphatic 6-2 win for Real Madrid as Zidane’s men edged closer towards clinching the La Liga title. Ahead of Sunday’s match, The Hard Tackle takes a closer look at the encounter.

The Galician club’s two major summer arrivals, Fabian Schar and Guilherme are expected to slot straight into the starting lineup to make their debut on Sunday. While Schar will slot into the heart of defence, the Brazilian will have the responsibility of keeping things tight and quiet at the centre of the park.

Pepe Mel, though, does have a personnel availability issues right at the beginning of the campaign, with as many as three players likely to miss out from his matchday squad. First-choice striker Florin Andone is a major doubt due to a groin injury, and is likely to start from the bench, if at all.

In his absence, on-loan Spanish striker Adrian Lopez is likely to be the focal point of the Deportivo attack. However, Carles Gil is a certain absentee due to a groin problem as well. The winger has trained alone all week and is still some way off rejoining his teammates for full training.

Meanwhile, Emre Colak will only be available next week as he serves a one-match ban and is likely to be replaced by Celso Borges at the heart of midfield. 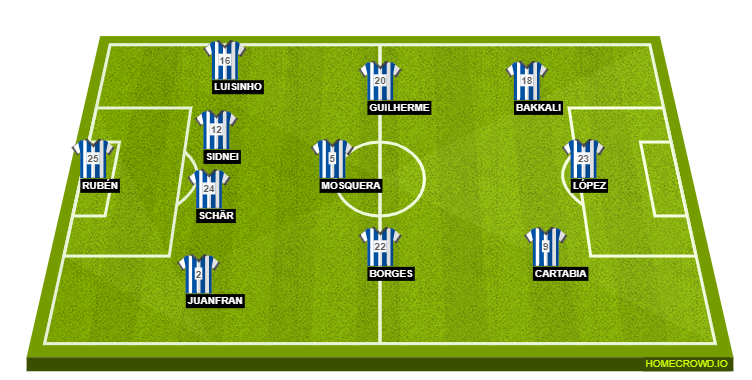 Pepe Mel’s counterpart in the Real Madrid dugout, Zinedine Zidane does not have any pressing injury concern to deal with, although he will have one major absentee from his matchday squad on Monday – Cristiano Ronaldo.

The Portuguese superstar is serving the second of his five-game suspension that he accrued due to a push on the match official during the first leg of Real Madrid’s Spanish Super Cup win over Barcelona. In his absence, Gareth Bale and Karim Benzema are expected to start in the strike partnership.

At the centre of the park, Zidane is likely to field a midfield diamond, with Casemiro, Luka Modric, Toni Kroos and Isco set to start. The shift in system has reaped dividends for Zidane, with Los Blancos often asserting control in midfield to set up the front two for success.

At the back, Jesus Vallejo is recovering from a knock and will be unavailable on Sunday. But, Sergio Ramos and Raphael Varane were expected to be the central defensive pairing anyway, leaving Zidane with little worries. 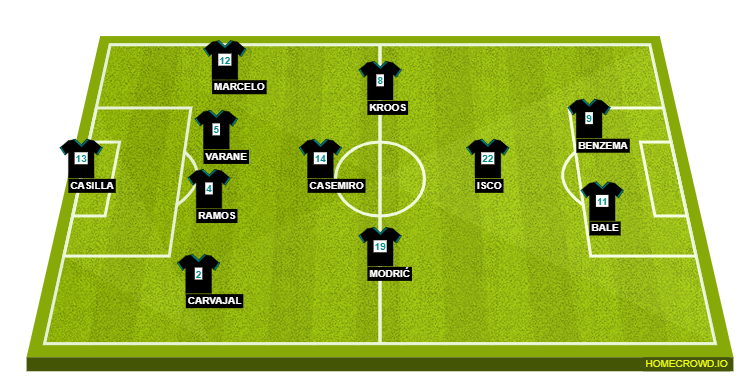 2017 has been the year of Isco. The Spanish midfielder has turned his Real Madrid career completely, establishing himself as an indispensable figure for Los Blancos, just when it was starting to look like he could be headed out the exit door at the Bernabeu.

Over the last few months of competitive action though, the 25-year-old has become the single most influential player in the first-team setup at the club, scoring goals and creating a host of chances for his teammates to capitalise on.

With Cristiano Ronaldo serving a five-game ban, Isco now has the chance to well and truly cement his place in the starting lineup, and he could start with a strong showing against Deportivo. Should that be the case, the Spaniard could well make a case to become a regular fixture in Zinedine Zidane’s side.

It doesn’t come any tougher for Pep Mel and his men. A season opener against Real Madrid is a prospect that just about every side in the world would like to avoid at this point, considering just how menacing they have become over the last two years.

The hosts, though, would be licking their licks at the prospect of a rather straightforward curtain raiser to their La Liga campaign. And coming off a convincing performance against Barcelona earlier in the week, Los Blancos are expected to coast through the match on Sunday as well.

The Galician outfit, on the other hand, would do well to get a goal past Keylor Navas. The Hard Tackle predicts a run-of-the-mill 4-1 win for Zinedine Zidane’s men, and three points to kick off their league campaign.