The prelude to next year’s FIFA World Cup is set to commence this week, as the Confederations Cup kicks off in Russia. The opening fixture in Group B will see Cameroon and Chile kick start their tournament when they take on each other at the Otkrytiye Arena in Moscow on Sunday.

Neither side has a lot of momentum heading into this match after they lost their respective games last week. Cameroon put in a listless performance as they were routed 4-0 by Colombia, while Chile surrendered a two-goal lead to lose 3-2 to Romania.

The two teams have met just once before, in a 1998 FIFA World Cup group stage match, with the tie ending all square at 1-1. Ahead of their second meeting on Sunday, The Hard Tackle takes a closer look at the Group B match.

Cameroon have overcome a dark period in their footballing history, having been mired in player boycott controversy as well as a ban from international football. 2017, though, has heralded a new dawn for the side as they won the Africa Cup of Nations in January, overcoming the likes of Senegal, Ghana and Egypt along the way.

For the Confederations Cup, manager, Hugo Broos has assembled a young and exciting squad and his side will be an unknown quantity in the tournament. The onus, throughout the tournament, will be on star striker Vincent Aboubakar.

The 25-year-old, on loan at Besiktas, has taken on the mantle from Samuel Eto’o to grab the bulk of the goals for the Cameroonians and he will, again, be tasked with grabbing the all-important goals for his side. Aboubakar will have Benjamin Moukandjo and Georges Mandjeck as his support cast.

Meanwhile, at the back, veteran goalkeeper Fabrice Ondoa will be the man facing the Chilean firepower on Sunday, and the Sevilla Atletico shot stopper will need to be on his guard against Alexis Sanchez and co. 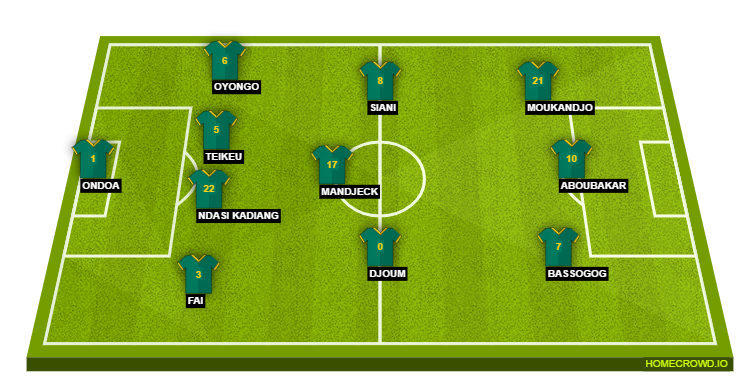 Chile have enjoyed a successful period in their footballing history in the last few years, having managed to win the Copa America and the special Centenario edition of the same tournament in the last two years while also reaching the Round of 16 in the World Cup.

Ahead of the Confederations Cup in Russia, Juan Antonio Pizzi has a settled and experienced squad at his disposal, with the core group of key first-team players playing alongside each other for several years now.

And despite the underwhelming result against Romania last week, the Chile coach has a solid defensive unit under him, starting with Claudio Bravo, who has been a rock between the sticks for La Roja. Ahead of him, the likes of Gary Medel, Mauricio Isla, Gonzalo Jara and Eugenio Mena make for a reliable back-four.

The star quotient of the side, though, is supplied by the midfield and attack, with the likes Arturo Vidal, Charlez Aranguiz and Marcelo Diaz providing the steel in the centre of the park, while Alexis Sanchez and Eduardo Vargas bring the firepower up front. 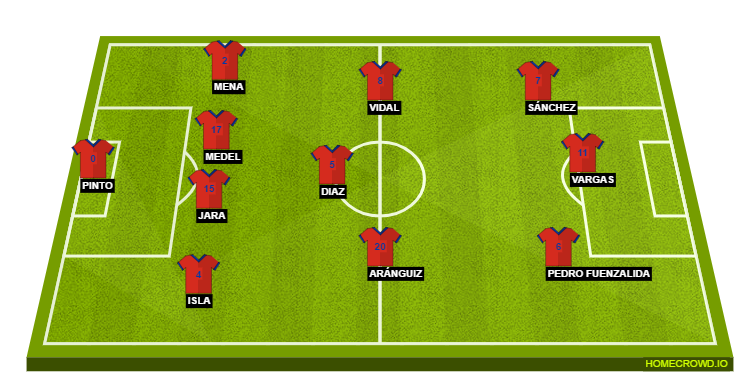 The goalscoring extraordinaire for Chile over the past few years, Eduardo Vargas is set to be the man under the spotlight for his side yet again. Last year, the 27-year-old was the top scorer in the Copa America Centenario ahead of the much fancied Lionel Messi, Alexis Sanchez and others.

In the Confederations Cup in Russia this year, the onus will again be on Vargas to get the all-important goals for La Roja. With the in-form Alexis Sanchez alongside him, he could set this tournament on fire as well, and his goals could again be the difference for the South American giants.

The two sides are not carrying a lot of momentum into the tie on Sunday, with both ending on the wrong side of the results of their respective friendlies. Both Chile and Cameroon, though, start afresh on Sunday with their first bow in this year’s Confederation Cup.

Cameroon manager, Hugo Broos, though, has a highly inexperienced squad at his disposal in this tournament. Hence, they don’t have a lot of expectations around them. However, as an unknown quantity, they have the chance to spring a surprise or two.

On the other hand, Chile are a proven quantity, with a lot of quality in Juan Antonio Pizzi’s squad. Alexis Sanchez and Eduardo Vargas have been in blistering form for La Roja over the last few years and they are likely to do the bulk of goalscoring in Russia as well.

Expect the more vastly experienced Chilean side to come up trumps on Sunday and kick off their Confederations Cup campaign with a bang. The Hard Tackle predicts a straightforward win for Pizzi’s side.