Barcelona have the chance to create a three-point lead over Real Madrid at the top of the La Liga table as Villarreal come visiting to Camp Nou on Saturday evening. Both Barcelona and Real Madrid have 81 points, but the Blaugrana have the lead due to their superior head-to-head record, although Los Blancos crucially have a game in hand.

Luis Enrique’s men come into this match on the back of a comfortable 3-0 win over neighbours Espanyol last week, as Luis Suarez struck a brace either side of an Ivan Rakitic goal to hand his side all three points.

The visitors, too, won their most recent match, as they ran out 3-1 winners over relegation-battling Sporting Gijon. The Yellow Submarines’ top 4 charge has petered out after initial promise, and as they sit five points adrift of fourth-placed Sevilla, it is looking likely that they will have to suffice with Europa League football next season.

The reverse fixture ended with both sides sharing the spoils in a 1-1 draw as Nicola Sansone’s goal early in the second half was cancelled by Lionel Messi’s sublime free-kick in the dying moments of the match. The Hard Tackle takes a closer look at Saturday’s match at Camp Nou.

Luis Enrique does not have any pressing injury concerns to deal with as he has just three long-term absentees in Aleix Vidal, Rafinha and Jeremy Mathieu.

Vidal sustained an injury to his ankle in February and will struggle to recover in time for the pre-season for 2017/18, while Rafinha has a knee injury that is expected to keep him on the sidelines till the start of the next campaign.

French centre-back Mathieu is out with a problem in his Achilles tendon, and he there is no set date earmarked for his return to action. The Barcelona boss, meanwhile, is also sweating over the fitness of captain Andres Iniesta, after he missed the trip to Espanyol last weekend with a muscle injury.

Should Iniesta fail to recover in time, the much-maligned Andre Gomes is expected to be deployed at the heart of the Barcelona midfield. The spotlight will yet again be on the famed MSN trio, who will be tasked with scoring the difference making goals. 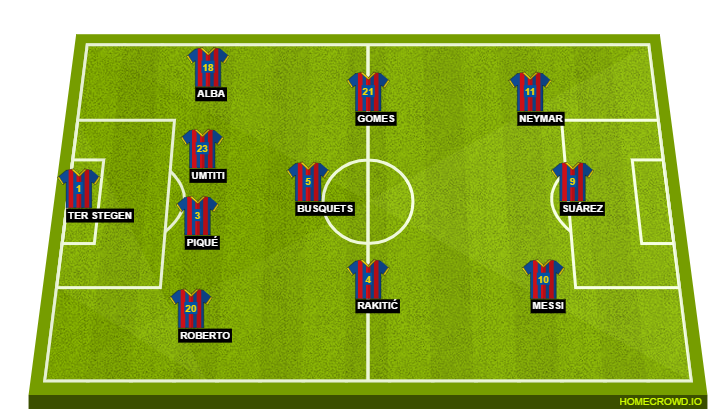 Like his counterpart in the Barcelona dugout, Fran Escriba does not have many fitness issues to deal with either. In fact, the Villarreal boss has more players returning to action that any new players sidelined ahead of the visit to Barcelona on Saturday.

First-choice goalkeeper Sergio Asenjo has had his season end prematurely having sustained a cruciate ligament injury in February. He is not expected to return to action before September at the very least. Former Real Madrid player Denis Cheryshev will not feature either due to a muscle injury,

Spanish centre-back Victor Ruiz is the only other absentee for the Villarreal boss, and he is sidelined with a sprained ankle. But, Escriba has defenders Mateo Musacchio and Jaume Costa returning to his match day squad, having served their respective one-match suspensions.

And the onus will be on Musacchio, Costa and their defensive partners Mario Gaspar and Daniele Bonera to be on their toes to frustrate the dangerous Barcelona attack in order to return back home with a positive result. 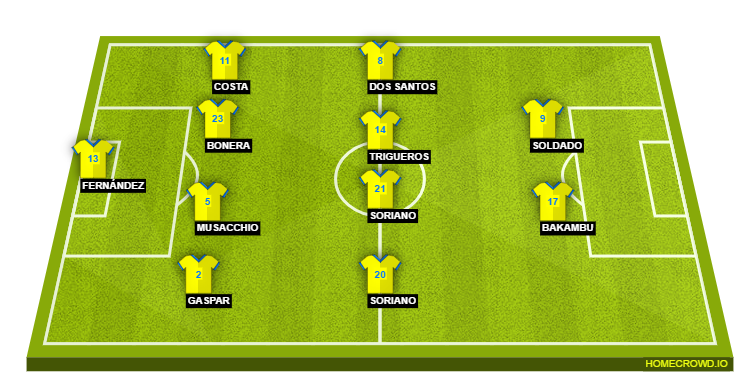 Barcelona are understandably the favourites to win the match on Saturday and understandably so. Even though Villarreal are on a three-game winning run themselves, the hosts are in a resurgent mood and boast a superb record against the Yellow Submarines.

Having said that, there are vulnerabilities that Villarreal can certainly exploit on Saturday, not least being the suspect Barcelona defence. That is where a certain Cedric Bakambu comes in.

The Congolese is in the middle of a terrific run of form having made a direct contribution to 7 goals in his last 5 league games. And his performance on Saturday will be key to the number of points Villarreal takes back home. He has able support setting him up and if he is clinical he can certainly do some damage.

It goes without saying that Barcelona have the upper hand ahead of this match, even if it’s a slight one. Their recent record against Villarreal is one that exudes dominance, having not lost a game to them for more than nine years.

However, this is a much changed Villarreal side than some in recent seasons, with the Yellow Submarines boasting an impeccable defensive record. In fact, only Atletico Madrid have conceded fewer goals, which seeks to establish just how good the visitors have been at the back.

Having said that, Barcelona have significantly picked up their form in the last three weeks to romp back to the top of the table. There’s absolutely no room for error, but with the kind of form that Messi, Suarez and Neymar are in, Barcelona have enough quality in their side to get the crucial three points.

The Hard Tackle predicts a hard-fought 2-1 win for the hosts.