Barcelona will be looking to go back to winning form as they host Las Palmas at the Camp Nou on Saturday night.

The Catalans have been struggling for form, and have only managed 2 wins in their last 6 La Liga games, drawing the rest of those fixtures. They only managed to snatch a last-gasp draw in their last La Liga fixture against Villareal thanks to a brilliant Lionel Messi free-kick.

Their last match came in the Copa del Rey, when yet another Messi free-kick gave them a 3-1 win over Athletic Bilbao and sealed their progress to the quarter-finals. Barcelona put in one of their best performances of the season in that game with Neymar finally breaking his long run of games without a goal, and Luis Enrique will be hoping for more of the same from his side on Saturday.

Las Palmas have had mixed form over the last 6 games, having won 2, drawn 2 and lost 2 of those fixtures. They are currently 8th in the table – a position they can be pleased with – but face a tough task against a Barcelona side that will be fired up and with a lot to prove.

Las Palmas put in a good performance to beat Atletico Madrid 3-2 in the 2nd leg of their Copa del Rey tie in their last match, although it wasn’t enough to send them into the next round. However, Quique Setién will be pleased with the performance and will be hoping they can replicate it against Barcelona.

Luis Enrique has his entire squad at his disposal, as there are no fresh injury concerns from Barcelona’s victory over Athletic Bilbao. Given how his team performed in that game, Enrique is likely to name a similar squad as Barcelona cannot afford any slip-ups if they want to try and close the gap to Real Madrid – who are unbeaten in the league and 5 points ahead of the Catalans.

Neymar was one of their best performers in that game and despite many questioning the Brazilian seeing as he went months without scoring a goal, there is no way Enrique will be dropping him from the starting line-up after that match.

Barcelona will be looking to wrap things up early and score as many as they can, as they have looked very suspect defensively this season, especially with Marc-Andre ter Stegen looking slightly uneasy at times. 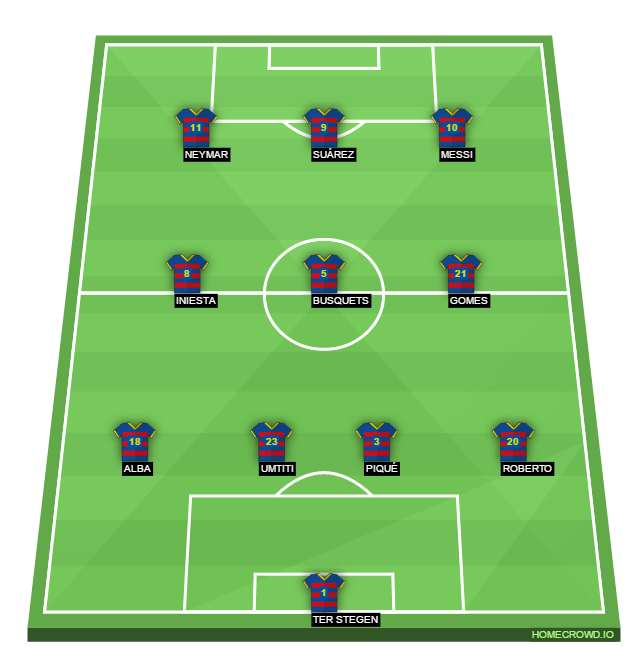 Quique Setién has two main injuries, with midfielder Hernan and striker Sergio Araujo. Other than that, he is expected to name a similar side to the one that defeated Atletico in the cup.

Las Palmas have been slightly overachieving this season and have put in some fine performances. Their latest performance against Atletico was very impressive and manager Quique Setién said after the game that he was proud of his team but unhappy with the way they conceded goals.

Las Palmas will have to be sound defensively against a Barcelona side that is slowly starting to fire on all cylinders, and it is likely that they will stick to their 4-1-4-1 formation which has worked well for the Spaniards this season.

Kevin-Prince Boateng will likely be their main focus and they will be hoping for some magic from him. Boateng has featured as a striker at times this season, but it is likely that they will use him in his usual role as a midfielder so that they are able to get him on the ball more often. 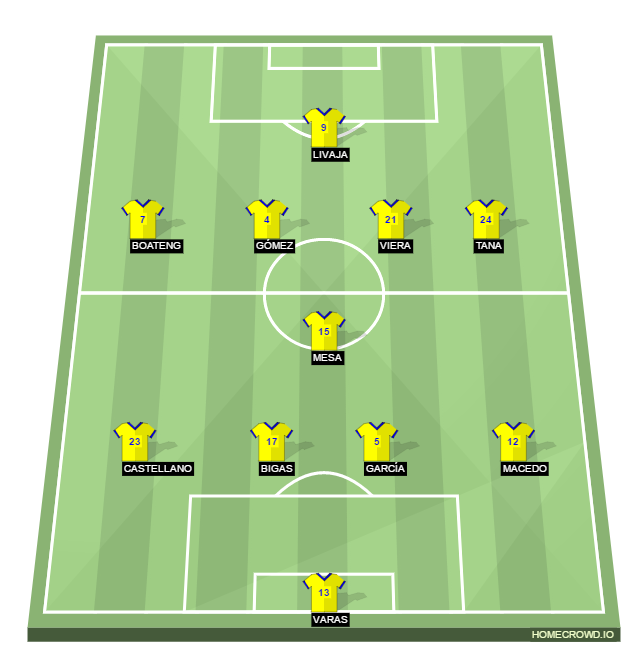 Barcelona have been fired up for a while now, but this has not translated to wins. Luis Enrique’s men will be full of confidence after their victory against Athletic Bilbao and this should be enough to put Las Palmas away.

It will not be an easy victory, however, as the predicted scoreline suggest as Las Palmas have been playing some good football this season and showed against Atletico that they can perform against the big sides. However, with Messi and Neymar hitting some good form Barcelona should take all 3 points in this game.