Real Madrid would look to continue their perfect start to the season as they host an Osasuna side that are yet to register a win in the league this season.

Real Madrid have coped, albeit only just, without the presence of superstar Cristiano Ronaldo in the first two matches of the league this season. While Los Blancos had no trouble in a somewhat tricky away game at Real Sociedad, the giants were put to test by a Celta Vigo side at the Santiago Bernabeu. Toni Kroos secured the three points for Zinedine Zidane’s side in the 81st minute of the game which ensured a perfect start to the season even without the Portuguese captain.

Osasuna, on the other hand, managed a battling draw at Malaga before getting dismantled at home by a Real Sociedad side that responded well to Madrid’s 3-0 battering of them in the first match of the season. The chances of a win look grim for Osasuna.

There couldn’t be any bigger team news than the confirmation of Cristiano Ronaldo being fit and available for selection for the match. Manager Zinedine Zidane has confirmed in his presser that the Portuguese is set to feature in his first match of the season, which would only add to the fire-power at Zidane’s disposal even though it is reported that the 31-year-old is likely to play only for a limited number of minutes against Osasuna.

Fabio Coentrao, Isco and Keylor Navas are likely to still be out of reckoning due to injuries but the Frenchman would be happy to have his compatriot Karim Benzema back to fitnes.

Zidane seems to have brought about a slight change to the playing style at Real Madrid, with more focus on attacking through the flanks than the middle. The Frenchman’s tactics are centered around his players’ ability to dominate the flanks and find a teammate in the box or just outside the box with enough space to take a shot.

Zidane likes his team to play a high pressing style with constant pressure on the opposition’s ball carrier with an aim to regain possession and prefers constructive possession over holding the ball. 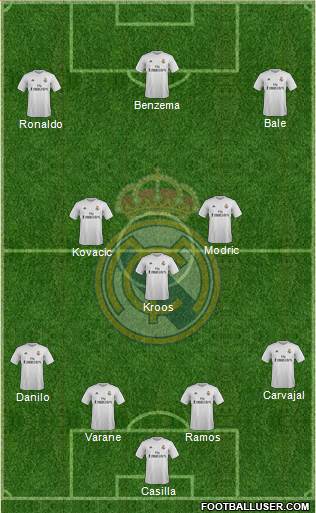 Osasuna is likely to miss Javier Flano on their trip to the Santiago Bernabeu which is likely to push Oier and Fausto into the team while Fuentes continues to struggle with injury problems.

Elsewhere, the team would be hoping their latest acquisition Sergio Leon fires for them as the striker is set to make his debut for Osasuna after joining from Elche at the business-end of the transfer window.

Enrique Martín Monreal likes to play with a 3-5-2 formation, with the two right backs acting as attacking wing-backs for the team. The former Spanish forward likes to rely on his striker Oriol Riera’s ability and the whole attack is centered around the 30-year-old, with Fran Merida likely to be tasked with the responsibility of feeding the ball to him and his potential new partner Sergio Leon.

The team is likely to defend deep with the 3-man defence while the wing-backs would look to curtail the attack from the flanks of Los Blancos, something which Zidane has made a priority in his short tenure at the Spanish capital. 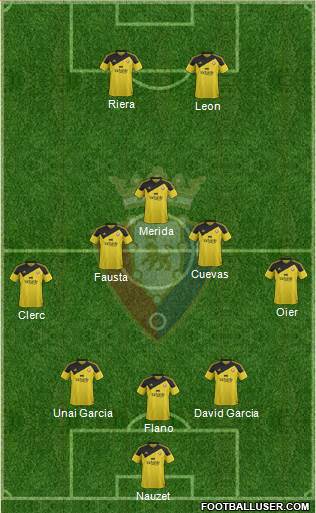 1. Real Madrid have scored 2 or more goals against Osasuna in each of their last five meetings overall and last three in the league.

2. Osasuna’s overall league record against Real Madrid is still decent with the club managing to avoid defeat in 12 out of the 30 matches played in the league.

3. Osasuna’s last victory at the Santiago Bernabeu came in the 2010-11 season where they managed to nick a 1-0 win over Los Blancos with Javier Camunas netting the winner.

4. Cristiano Ronaldo has an impressive record of 10 goals and 5 assists in the 10 matches played against Osasuna.

5. In their last 10 league meetings against Osasuna, Los Blancos have failed to register a goal only twice.

Overall, this could turn into a bloodbath for Osasuna, who are more likely to try and contain the scoreline to be as respectable as it can be. Monreal would go into the game hoping to stop the star-studded Real Madrid front-lineup from scoring, which would give his club a precious point and double their current points tally in the league standings.

Real Madrid’s fire-power, though, is likely to inflict a crunching defeat on Osasuna and with the addition of Cristiano Ronaldo, the scoreline could get ugly for Monreal’s men at the Santiago Bernabeu. Gareth Bale and Cristiano Ronaldo are fresh off a successful Euro campaign with their respective nations and while Spain were knocked out early, Alvaro Morata also showed his form for La Furia.