Germany gear up to defend their crown as they start their 2018 FIFA World Cup Qualification campaign away to Norway.

Germany won the last iteration of the FIFA World Cup in a nail-biting final against Argentina thanks to Mario Gotze’s extra-time winner. Die Mannschaft, though, were thoroughly dominant during the whole tournament with the highlight of their campaign being the 7-1 triumph over hosts Brazil in the semi-finals of the event.

There seems to be a dawn of a new era for the German national squad as they bid farewell to Lukas Podolski and Bastian Schweinsteiger. Manuel Neuer has been designated as the new captain of the national team and will lead a brand of young players eager to emulate the nation’s recent success.

Norway, on the other side, would look to draw inspiration from their Euro 2016 qualification campaign, where they reached the playoffs but failed to qualify for the main event. Per-Mathias Hogmo now aims to rally his troops and shock Germany.

Hogmo made a controversial decision by dropping Real Madrid star Martin Odegaard from the senior squad, a decision which could be justified by the youngster’s lack of playing time at the club level. Nevertheless, the decision would surely be highlighted if the nation fall to a heavy defeat and put in an unimpressive performance.

The nation will be led out on the pitch by Hertha Berlin midfielder Per Ciljan Skjielbred, who is likely to be the key link between the attack and the rest of the players on the pitch. Norway is known for being miserly at the back and the Germans will find it difficult to break through their sturdy defensive formation.

Norway’s attack does present a potent threat; the likes of Manchester United academy graduate Joshua King, Hull City’s Adama Diomande and Jo Inge Berget will expected to pick up the slack in the absence of Odegaard. 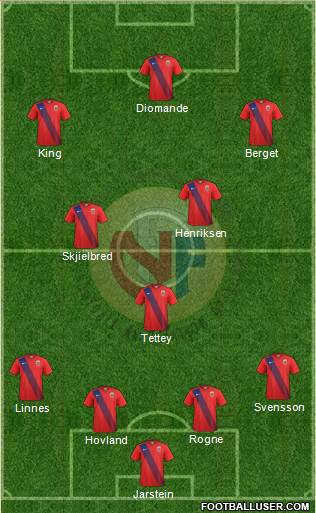 Not much seems to have changed in terms of squad composition from the team that took the World Cup 2014 home and Low would be looking towards his side to showcase more of the same on the pitch. The squad has a wonderfully balanced mixture of youth and experience, which has been one of the real difference-makers for Die Mannschaft.

Neuer is set to start in goal in his first competitive international game after being named the captain of the German national squad and Low is not expected to make any alterations to his Euro 2016 defensive lineup. Elsewhere, the World Cup winning manager could opt for Volland over Gotze to spearhead the front line as Volland is more of a natural forward than the Borussia Dortmund player.

The midfield is where we could see a few surprises. Toni Kroos could partner Dortmund youngster Julian Weigl in the middle of the park. Low could go for a youthful look to his midfield with Kroos and Ozil providing the much-needed experience.

The focus would be to play out from the back and the defence must be wary of being caught by the high-pressing Norway players and their counter-attacks. Germany has become famous for their style of play and they will look to break down the opposition defence with patience and accuracy. 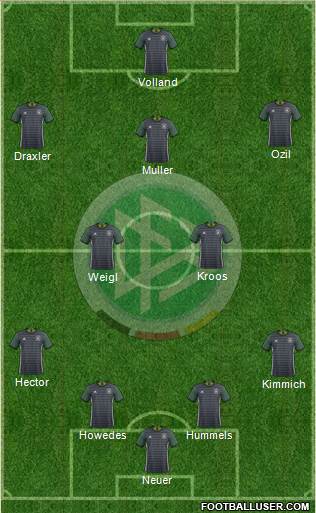 Germany have not been particularly prolific in their recent matches and given Norway’s defensive record of late, that could spell trouble for the Germans. Norway are unlikely to trouble the German defence much and this match could be another involving Germany which would feature less than 3 goals.

In the end, though, Germany should be able to pull through due to their star power. Norway will not make it easy for the world champions though and might just be able to nick a point.