Brazil aim to vanquish the ghosts of 2014 World Cup semi-finals, while Germany prepare for another assault on the hosts as both nations vie for gold at the Rio Olympics.

The echoes of the humongous 7-1 defeat of Brazil at the hands of Germany in the 2014 World Cup semi-finals are still fresh in the ears and hearts of the Brazilian players and fans. Even though this Olympics team is different compared to the 2014 squad, the defeat was like a dagger to the nation as a whole, who had thought of themselves to be the pinnacle of football for decades.

Neymar and Co. have a shot at redemption as they have navigated from a slow start at the Olympics before finally showing their true colours in the 6-0 demolition of Honduras in the semi-finals. The Brazilians now face Germany in the battle for an Olympic gold, the only honour yet to be added to the illustrious footballing history of Brazil.

Germany, on the other hand, have none of the players from the 2014 Semi-final featuring for them, which is another testament to the plethora of talent at the nation’s disposal given the Germans have reached the finals and like their adversaries on the day, have only grown stronger as the competition has progressed. The highlight of their journey to the finals at Rio would definitely be the marauding 4-0 victory over Portugal in the quarter-finals as the young stars of Germany have shown they are well equipped to carry the nation’s footballing mantle.

Neymar started quietly for Brazil in the first two games, but has since burst to life, leading the nation’s Olympic squad by example which also featured an Olympic record for the fastest goal scored – within the first 14 seconds of the semi-final game against Honduras. Neymar has been ably supported by the terrific young trio of attackers at Brazil’s disposal – Gabriel Barbosa, Gabriel Jesus and Luan.

Luan and Gabriel Jesus have three goals each to their name and are tied with Neymar as the nation’s top goalscorer at Rio with Gabriel Barbosa right behind them with two goals. It is interesting to note that Gabriel Barbosa or Gabigol, as he is famously known, was the player to end the drought in the third game against Denmark after the nation’s first two games ended goalless. Defensively, Brazil’s boys have displayed maturity beyond their age group and are yet to concede a single goal in the entire tournament. 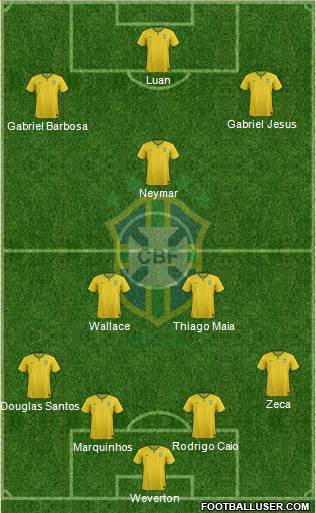 Germany were expected to be among one of the contenders for the gold at Rio, but no one expected the young squad to be so dominant in their path to the finals. Arsenal star Serge Gnabry has received plaudits for virtually carrying the weight of expectations on his shoulders through crucial goals to push Germany through the group stages. But once the team was into the knockout stage, the whole squad seemed to have woken up and the team has since gone from strength to strength.

The Germans haven’t conceded a goal in their last three matches at Rio with the pairing of Klostermann and Mathias Ginter working wonders for the nation. If Brazil has the trio of attacking stars in Luan, Gabriel Jesus and Gabigol firing regularly, Germany has had their own trio of young superstars – Arsenal’s Serge Gnabry , Bayer Leverkusen’s Julian Brandt and Schalke’s Max Meyer – run the show for their nation.

Germany have shown their penchant for scoring goals with an aggregate of 16-0 over the last three matches and have patched up their defence since conceding five goals in the first two games of the Olympics. Serge Gnabry has six goals to his name and is tied for top goalscorer alongside compatriot Nils Petersen with the Arsenal star having scored in each of the nation’s matches barring the 2-0 semi-final win over Nigeria. 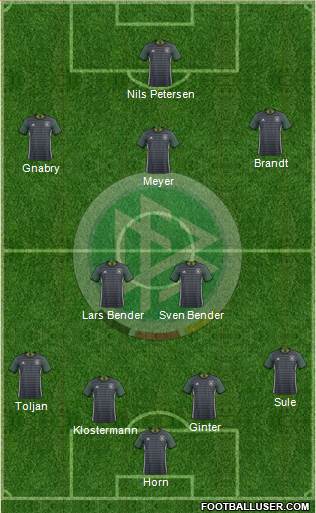 Even though both the teams go into the game on the back of defensively strong games in the knockout phases, their attacking prowess is likely to break each other’s seemingly impenetrable defence. The two teams are evenly matched and it looks like the regulation time will not be enough to separate the two sides. It is likely to come down to the Brazilian youngsters’ ability to collapse or revel in the pressure of playing in front of the home crowd. Everyone is aware of Germany’s glorious record beyond regulation time but The Hard Tackle believes Neymar and Co. should be able to hold their nerves and prevent another title for the Germans, on the way to capturing a first football Olympic gold for the host nation.