Chelsea and Liverpool are set to go head to head with Juventus in the race to sign Aurelien Tchouameni next summer.

According to the print edition of Tuttosport, as relayed by Sport Witness, the race to sign Aurelien Tchouameni is hotting up. Many clubs including Juventus have already begun negotiations with AS Monaco over the young midfielder, who is set to cost somewhere in the region of €35-40 million.

In addition to Juventus, Chelsea and Liverpool are among the clubs interested in the services of Tchouameni. The youngster is forecasted to leave Monaco next summer after a successful 2020/21 campaign that saw him make 36 league appearances, helping his club finish inside the top three.

Formerly of Bordeaux, Tchouameni has continued his performances this season as well, making nine appearances and emerging as a midfield lynchpin for Niko Kovac’s team. He was even rewarded with a call-up to the French squad back in September, with the midfielder even ending up featuring in all three matches.

The 21-year-old’s rapid rise to prominence has now put multiple clubs on red alert. Chelsea, for one, are tracking him as a potential option to bolster their midfield unit for the future. The Blues have concerns over the ageing figures of Jorginho and N’Golo Kante, both of whom are heading into the final phase of their respective careers. 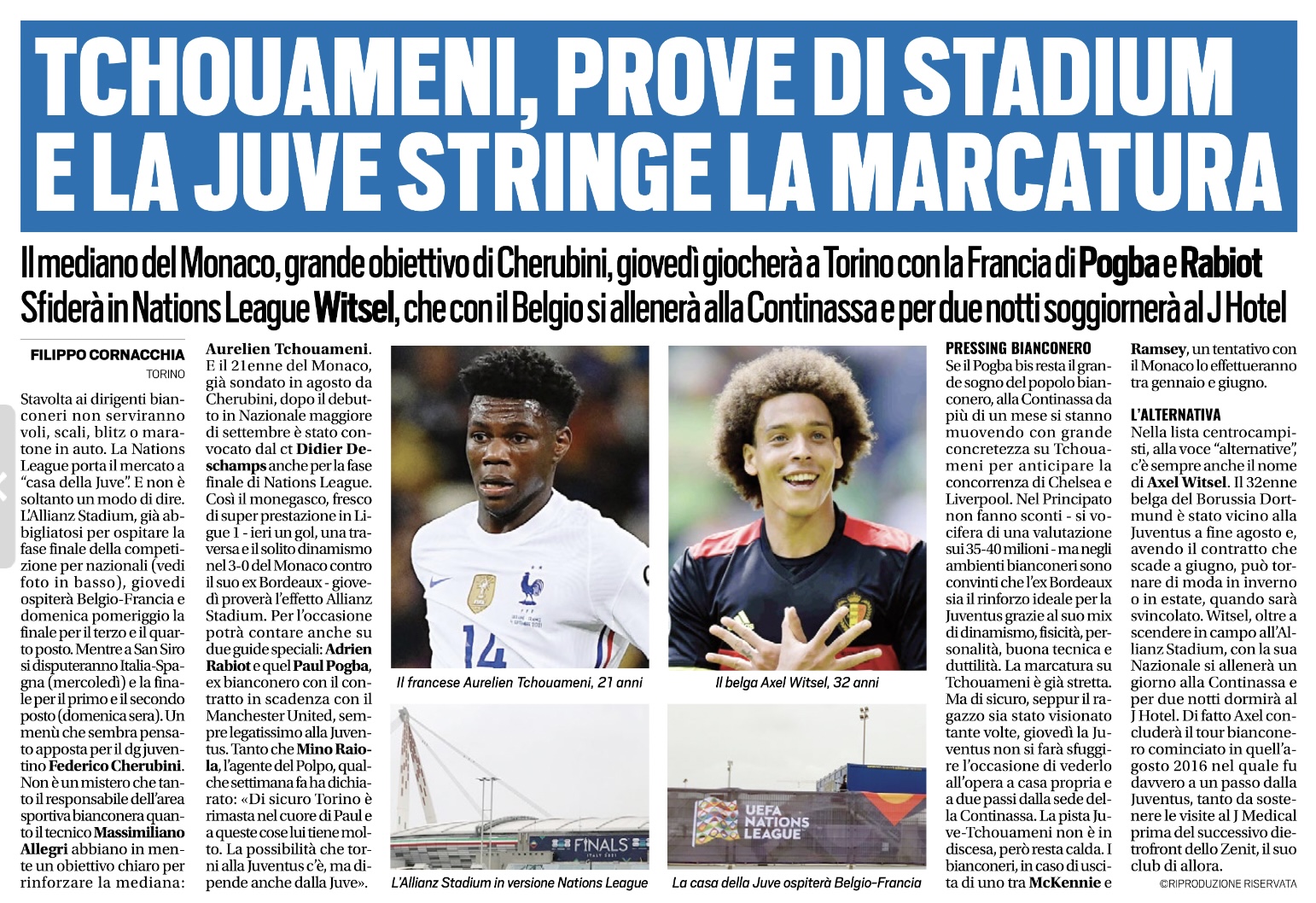 Chelsea, though, are set to face stiff competition from Premier League rivals Liverpool, for the pursuit of Aurelien Tchouameni. It appears the Reds have identified the young Frenchman as an ideal long-term replacement for Gini Wijnaldum, who moved to Paris Saint-Germain for a free transfer this summer.

Tchouameni’s ability to operate as a free number eight makes him an ideal fit for Jurgen Klopp’s tactical setup. The youngster, though, will be hoping to avoid the failures of Naby Keita and to a lesser extent, Thiago Alcantara, who is now already being linked in a potential January swap deal involving him and Franck Kessie.

Liverpool themselves have no shortage of alternatives either. In addition to the AS Monaco starlet, they are reportedly preparing a January swoop for Yves Bissouma, who offers Premier League experience and shouldn’t take long settling in, having already found a lot of success during his time at Brighton & Hove Albion so far.

The Malian international could be a bit more expensive compared to Tchouameni, though. It is something Klopp needs to consider carefully as Liverpool do face economic difficulties that prevented them from signing any player other than Ibrahima Konate this summer.