The final Manchester derby of the season sees both sides of Manchester in dire straits, as they struggle to get their Premier League campaign back on track with time running out.

Manchester United were dumped out of the Europa League in midweek by bitter rivals Liverpool, while Manchester City played out successive goalless draws against relegation battling Norwich City and Champions League opponents Dynamo Kiev. Both sides of Manchester will be eager to get back on track in the Premier League, and the Manchester derby is crucial to their cause this season.

Their last match was far from impressive, with the two teams playing out a goalless draw at Old Trafford featuring just two shots on target. They will look to pick their game up this time around, as Manchester United look to overtake fifth placed West Ham United, and City try to cut the gap between them and Arsenal in 3rd place.

The Citizens suffered a crippling blow in their Champions League match, losing both Vincent Kompany and Nicolas Otamendi. Otamendi may still feature in the match, but will go through a late fitness test. Their most efficient playmaker this season Kevin de Bruyne is also not fit for the game and will probably not feature for them until late April. 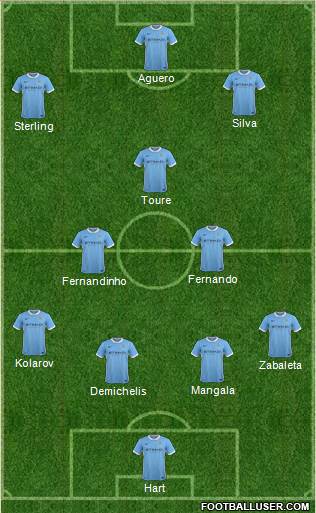 Bastian Schweinsteiger and Antonio Valencia both featured in the Red Devils’ Europa League tie against Liverpool, and could play a part in the Manchester derby as well. Ashley Young and Cameron Borthwick-Jackson returned to training this week, and will be under consideration.

Juan Mata will probably start after serving a suspension for his red card against West Brom, while Ander Herrera was out with a groin injury in midweek and could miss out here again. 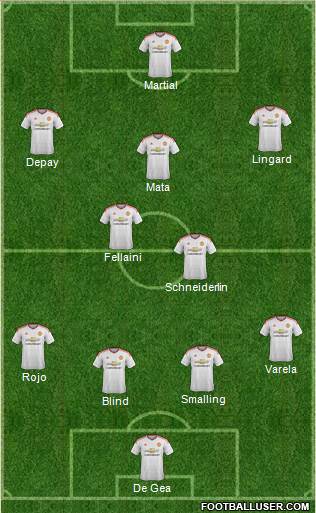 After a flying start to the season, Manchester City find themselves in a similar situation to the one their cross-town neighbours are in. They are playing out goalless draws against clubs they should be beating comprehensively, the goals are hard to come by, their position in the league table is constantly under threat, and injuries to key personnel is making matters worse.

Manchester United’s injury problems seem to be fading, and they have a relatively strong squad to choose from this Sunday. However, they just can’t seem to score these days. A 1-1 draw seems likely for this one, with both City and United practically out of the running for the Premier League title.