After their 3-2 defeat at Old Trafford, Arsenal gear up to welcome bottom table Swansea City to the Emirates Stadium. It is a must win game for the Gunners, as they cannot afford to slip up anymore and look to get their challenge for the title back on track.

Arsene Wenger and Arsenal have come under some heated criticism after capitulating against an inexperienced Manchester United side at the weekend. They now lie 3 points behind second placed Tottenham Hotspur and five behind league leaders Leicester City.

In a season where the Gunners were looking like they would finally change their status as also-rans, they have hit a major stumbling block. They need to get back on track, and anything short of a win against Swansea City would sound the death knell for their title ambitions.

The Swans have problems of their own, as they lie precariously close to the relegation zone with just three points separating them from Newcastle United in 18th place.

Arsene Wenger will make some changes from the side that lost to the Red Devils. Aaron Ramsey could be dropped after failing miserably in controlling the midfield, and Mohamed Elneny is set to take his place. Walcott had a terrible game as well, and will make way for regular striker Olivier Giroud.

With Alex-Oxlade Chamberlain out injured and Wenger concerned about the condition of Danny Welbeck, Joel Campbell will return to the side on right wing. 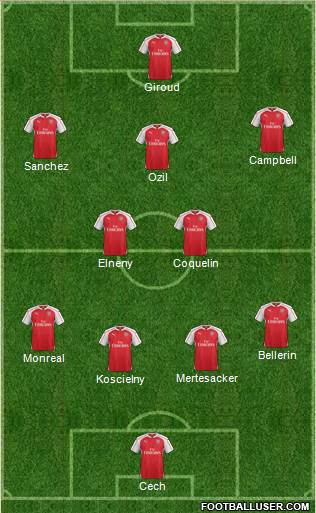 Swansea City will field a side similar to the one that lost to Tottenham Hotspur. The most significant inclusion will be that of central midfielder Leroy Fer, who will likely take the place of Swans legend Leon Britton. 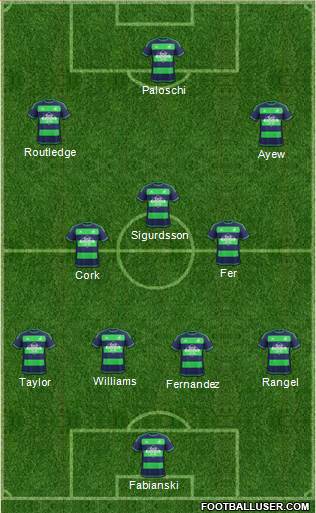 Arsenal simply cannot afford to do anything but win this match if they are serious about challenging for the title this season. Wenger will use all the tricks in his book to make sure that the Gunners come out on top. While the Arsenal players will be under serious pressure to perform, Swansea City look like a side incapable of making that work to their advantage.

The Swans have had a woeful season and haven’t won any of their last four league games. Expect the Gunners to come out on top against a Swansea team low on form and morale.