Liverpool will hope to continue rising through the Premier League standings when they take on Everton at Goodison Park on Saturday.

The games are starting to come thick and fast in England, with Gameweek 6 of the 2022/23 Premier League season set to get underway less than 48 hours after the end of the previous round of fixtures. The action begins with the Merseyside derby, with Everton poised to play hosts to Liverpool at Goodison Park in the lunch-time kick-off on Saturday.

The ghosts of the 2021/22 season have arrived early for Everton this term, as they are yet to register their first win of the 2022/23 campaign. The Toffees started with back-to-back defeats to Chelsea and Aston Villa but have found some stability to embark on a four-game unbeaten run. The problem for Frank Lampard is his charges are struggling to keep clean sheets and score goals, with the run of results leaving them 17th in the standings.

On the other hand, Liverpool might have started recovering from a slow start to the 2022/23 season that saw them grab only two points from the opening three games. But back-to-back wins in five days have helped the Reds climb to sixth on the Premier League table, with table-toppers Arsenal seven points ahead.

The corresponding fixture last season saw Liverpool grab a 4-1 win over Everton, with Mohamed Salah scoring a match-winning brace. Ahead of the latest meeting between the two sides, The Hard Tackle takes a closer look at the encounter.

Frank's assessment of our business in the transfer window.

Frank Lampard does not have any new injury concerns hampering his preparations ahead of the visit of Liverpool. On Saturday, the Everton manager will be bereft of the services of six first-team players. But there is some good news, as Lampard will have Idrissa Gueye and James Garner at his disposal following the duo’s deadline-day arrivals.

But Gueye and Garner will likely appear off the bench instead of going into the deep end straight away. Meanwhile, Mason Holgate (knee), Yerry Mina (ankle), Ben Godfrey (leg), Abdoulaye Doucoure (hamstring), Andros Townsend (knee), and Dominic Calvert-Lewin (knee) remain on the sidelines, although Calvert-Lewin is closing in on his return.

But with the English international still not fit to be involved for Everton, Neal Maupay will likely spearhead the hosts’ attack against Liverpool on Saturday. Anthony Gordon, whose dream move to Chelsea did not materialise this past summer, and Dwight McNeil should line up on the flanks, with Demarai Gray being a backup offensive option for Lampard.

With Gueye and Garner expected to start on the bench, Tom Davies should take his spot in the middle of the park alongside Amadou Onana and Alex Iwobi, who has found a new lease of life at Everton as a midfielder.

Summer signings Conor Coady and James Tarkowski should pair up at the heart of the Everton defence, with Vitaliy Mykolenko and Nathan Patterson lining up as the two full-backs against Liverpool. Finally, there is no looking past Jordan Pickford between the sticks. 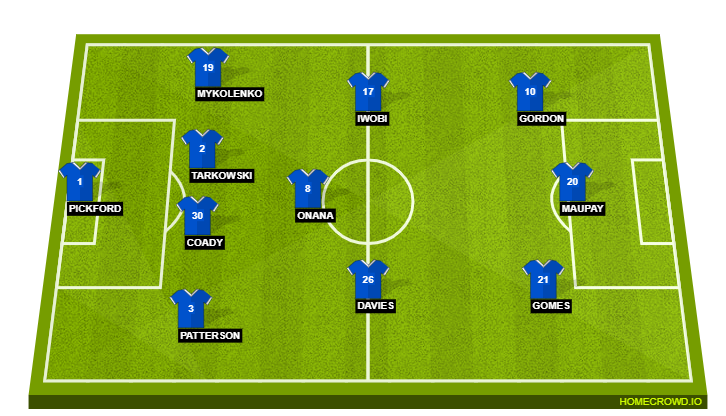 Unlike his counterpart in the Everton dugout, Jurgen Klopp has greeted a mixed bag of updates on the team news front ahead of the short trip to Goodison Park. The Liverpool manager should be without nine first-team players on Saturday. But Klopp might have deadline-day signing Arthur Melo at his disposal against Everton.

Jordan Henderson is the latest absentee for the visitors, with the Liverpool captain sustaining a hamstring injury earlier this week against Newcastle United. Henderson has joined Alex Oxlade-Chamberlain (hamstring), Ibrahima Konate (knee), Calvin Ramsay (knock), and Naby Keita (knock) on the sidelines.

We’re live as the boss looks ahead to Saturday’s Merseyside derby ?#EVELIV
https://t.co/qO9H642sAq

However, Nunez will unlikely return to the starting eleven straight away, with Roberto Firmino performing brilliantly in his absence. Firmino will spearhead the Liverpool attack against Everton, with Luis Diaz and Mohamed Salah being the two wide men.

Meanwhile, James Milner might be the natural replacement for Henderson. But Fabio Carvalho’s two top-class performances off the bench might have coaxed Klopp to include the former Fulham prodigy in the starting eleven, fielding him in the Liverpool midfield alongside Fabinho and the irresistible Harvey Elliott.

Meanwhile, the fit again Joel Matip should return to the heart of the Liverpool defence against Everton, partnering Virgil van Dijk. Trent Alexander-Arnold and Andrew Robertson will be the two full-backs, with Alisson Becker taking his usual spot between the sticks. 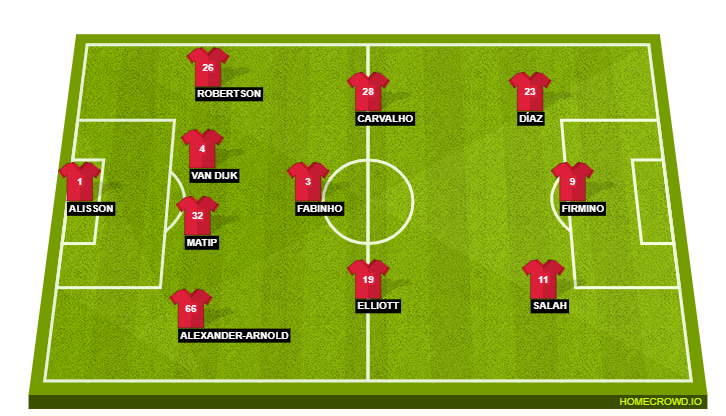 Nunez has made an eventful start to life as a Liverpool player, scoring on his Premier League debut before seeing red in the next game. The Uruguayan international is available again after serving his three-match suspension and will be raring to kick-start his Liverpool career with an impactful performance against Everton.

Nunez has looked the real deal in his few outings for Liverpool thus far, but he will now have to be spot on with his performances, considering Diogo Jota is on the verge of returning to action. A solid showing in his maiden Merseyside derby will set the tone for a strong 2022/23 season.

Liverpool might have enjoyed back-to-back wins in the past week, but they did not look fluid enough against Newcastle United. With Everton not being as leaky at the back as last season, the Reds will not have it easy at Goodison Park and will need to engineer spaces through individual brilliance.

On the other hand, Liverpool’s vulnerabilities at the back might give Everton a window of opportunity, especially if new signing Neal Maupay is in his element. However, Liverpool should have enough quality to clinch three points and climb into the top four. The Hard Tackle predicts a 2-1 win for Jurgen Klopp and his charges.