Brazil take on Ecuador in their final Group B game as the reigning champions look for a fourth win before the knockout stage.

Brazil have done everything expected of them so far in this edition of the Copa America. After emphatic wins in the first two games against Venezuela and Peru, the Selecao struggled to break down Colombia. However, they escaped with a narrow victory courtesy of Casemiro’s goal.

Fans have expected this Brazil team to dominate their way to the next round, something they did in the first two games. They struggled against Colombia, and despite coming out victorious, Tite should be tinkering with his squad to look stronger and dominant again. Brazil will hope to wrap up their group phase with a resounding victory and keep their 100% record in the tournament so far.

Ecuador, unlike their opponents, have a fight on their hands to remain in the tournament. Their final group game against Colombia would be irrelevant if Ecuador fail to beat Brazil. However, that is a very difficult task for Ecuador, considering their incredible winless run against South American teams in Copa America in almost 20-years.

Ecuador have begun this edition of the Copa America in a rather unfortunate manner. They opened their account with a draw to Venezuela, conceding an injury time equaliser. Against Peru, they took a commanding 2-0 lead but conceded two goals in ten second-half minutes to draw once more. It all hangs in the balance for Ecuador, and a win will do them a favour, although it is difficult to see how they might pull such a feat off.

Tite has tinkered and tailored his side based on the opposition in all three games so far. Different formations, systems and players playing in different positions have all happened, and it is clear the manager prefers a 4-4-2 and 4-3-3 depending on the conditions.

However, the benefit of drawing in a group with only Colombia as a real dangerous opposition gave Brazil the chance to patiently prepare the squad for what they could face in the next round. For instance, Tite used all three of his goalkeepers in the first three games, and the Ecuador game will be no marker to know the real no.1.

Tite has a great chance to use some of his fringe players in all other positions while offering rest to some of his widely used stars, such as Neymar, Marquinhos and Casemiro. However, Tite could retain most of his important stars to keep the momentum going.

Ecuador have a difficult task at hand when they meet Brazil. The team struggled earlier in the tournament with difficulties in finding a good combination for their starting lineup. It seems that Ecuador have found their rhythm which was evident in their last fixture against Venezuela.

Going by what it looks, Ecuador will line up in the same way they did in the last game. Ecuador have a steady lineup to go with, barring last-minute changes due to injury in training or warm-up. They will be hoping it’s enough to put the brakes on Brazil’s form and get a lifeline going into the last game against Colombia. 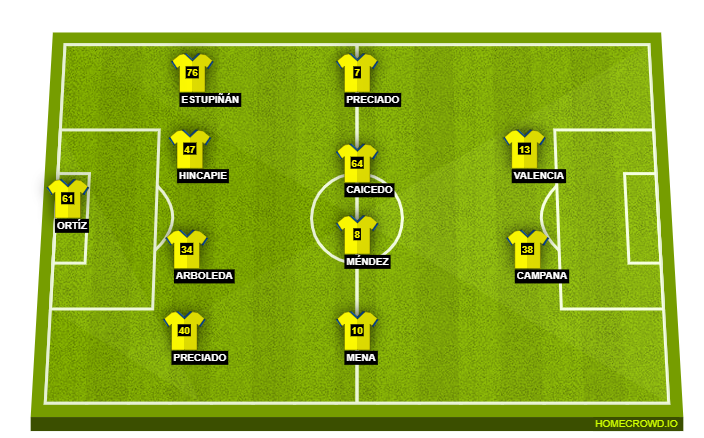 There are a lot of players in this Brazilian team to look forward to beyond Neymar. The Selecao have scored plenty conceded exactly one goal in three games so far, so the focus could be lent on defenders or midfielders alike. However, Neymar is playing like a man on a mission and leading his team by example.

His contributions stand at two goals and as many assists in three games so far, and it is clear he has taken his form to another level. Neymar looks like the true leader everyone wanted him to be, especially in Brazil, and seems determined to take his team the distance. The forward’s form is only getting better as the tournament progresses.

Brazil struggled to get their bearings right against Colombia but eventually showed what a team of this quality is capable of by collecting all three points. That kind of difficulty is not to be expected when they play Ecuador. Expect the Brazil side to be at their very best, especially against a team that come into the game under tremendous pressure.

Ecuador need a win, while anything less than that will see them crash out of the tournament. Under such pressure, with the team winless against South American opposition in almost 20 years, one surely can’t expect this team to win against Brazil of all sides. Expect Brazil to score plenty and concede none to pretty much dump Ecuador out of the tournament.