Brazil will aim to continue the perfect start to their campaign in the 2022 FIFA World Cup Qualifiers when they face Paraguay in Asuncion.

The frantic club season might have ended in most places, but international football is set to kick-start in full steam. In South America, the Copa America is set to get underway soon, but before then, the FIFA World Cup 2022 Qualifiers are being held. And, Brazil will be hoping to retain their perfect record in the qualification campaign when they take on Paraguay at Estadio Defensores del Chaco.

Paraguay have been one of the most difficult opponents to face in the FIFA World Cup 2022 Qualifiers, with Los Guaranies La Albirroja one of three teams that are yet to be beaten in the South American leg of the qualification process. Eduardo Berizzo & co. have, as a result, climbed up to fourth in the standings, although they have only managed to win one of their five games.

Brazil, on the other hand, have been on a roll in FIFA World Cup 2022 Qualifiers despite a few distractions around them. There is uncertainty looming over the future of Tite whereas it has also been suggested that the Selecao could withdraw from Copa America. In their qualification campaign, though, Brazil have won each of their five games, which puts them at the top of the table.

Brazil prevailed on penalties the last time they locked horns with Paraguay, with their 2019 Copa America quarter-final ending goalless. Ahead of the latest meeting between the two sides, The Hard Tackle takes a closer look at the encounter.

Eduardo Berizzo does not have any fresh injury concerns hampering his preparations ahead of the visit of Brazil. On Tuesday, the Paraguay head coach should, therefore, name a largely unchanged starting lineup, with the defence showing a lot of resilience lately.

Therefore, Fabian Balbuena and captain Gustavo Gomez ought to pair up at the heart of Paraguay’s backline, with Robert Rojas and Omar Alderete being deployed as the two full-backs, both of whom will carry a threat down the flanks. In goal, there is no looking past veteran shot-stopper Antony Silva.

Up ahead in midfield, Gaston Gimenez ought to sit at the base of the three-man unit, with the 29-year-old being tasked with holding the fort in the middle of the park. Mathias Villasanti ought to once again provide defensive support to Gimenez, with Richard Sanchez being the third man in the midfield trio, coming in for Angel Cardozo.

Finally, in attack, Angel Romero will be the key man for Paraguay, with the 28-year-old being the second-highest scorer in the South American leg of the FIFA World Cup 2022 Qualifiers. Out wide, Oscar Romero and Miguel Almiron will provide support to Angel Romero, with Almiron bringing the creative onus in the game. 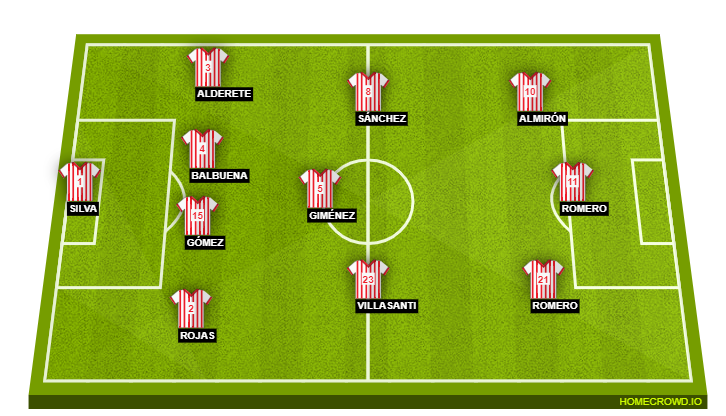 Unlike his counterpart in the Paraguay dugout, Tite has seen a couple of players withdraw their names from the squad this month. Namely, Dani Alves and Juan Gabriel Patino have had to pull out for Brazil due to their respective injuries, with Arthur, Allan and Philippe Coutinho being the other notable absentees.

As for team selection, Brazil, like Paraguay, will be set up in a 4-3-3 formation, with Alisson Becker being the guaranteed starter between the sticks. In front of him, the key men will be Marquinhos and Eder Militao, who will form the central defensive partnership, in the absence of Thiago Silva, another player who is struggling with a fitness issue but has not pulled out from the squad.

In the absence of Alves, Emerson and Danilo are the potential options to reprise the right-back role. The latter ought to get the nod, with his Juventus teammate Alex Sandro being deployed on the left flank. Up ahead in midfield, the onus will be on Casemiro and Douglas Luiz to keep things tight, with Lucas Paqueta providing the forward thrust.

The key man for Brazil, meanwhile, will be Neymar, who invariably provides the bright spark in the final third. The 29-year-old will be supported by Richarlison and Roberto Firmino, who comes in for Gabigol to lead the line against Paraguay. 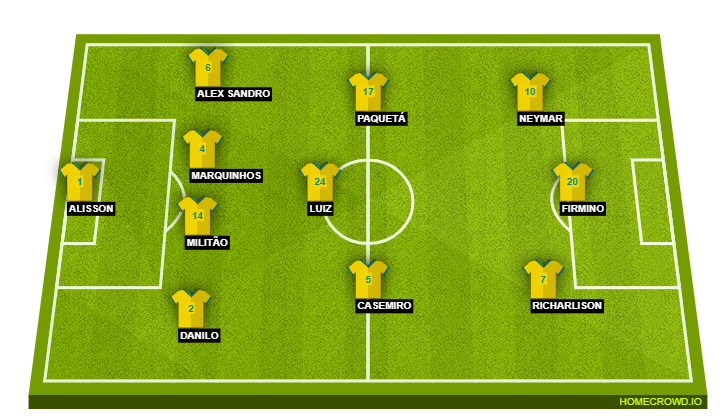 All eyes will invariably be on Neymar when Brazil take the field against Paraguay, as is so often the case in the Selecao’s games. However, another important player for the visitors, of late, has been Richarlison, who has slowly but surely become a regular fixture for his national side.

In fact, the 24-year-old sees his stock being at an all-time high, amid heavy links with Real Madrid. Now is the time for Richarlison to step up further to keep Los Blancos interested in him, while in the short term, the focus will also be on taking some of the burden off of Neymar. A big month beckons the Everton attacker.

Brazil, for the longest time, have been unstoppable in World Cup qualification games, but this one should be a difficult outing for the Selecao, especially owing to the distractions around them. On top of that, Paraguay are not a team to be taken lightly in these qualifiers, with Los Guaranies La Albirroja being a difficult team for their opponents to get the better of.

Expect Eduardo Berizzo’s men to once again keep things incredibly tight, which will ultimately amp up the pressure on Neymar. However, Richarlison ought to come good here and possibly score his 10th goal in national colours. The Hard Tackle, therefore, predicts a 1-0 win for Brazil.