Tottenham will begin their UEFA Europa League campaign when they lock horns with LASK in a Group J contest on Thursday.

The main draw of the UEFA Europa League kicks off this week, with Matchday 1 of the group stages beginning and ending on Thursday. Tottenham Hotspur are one of the teams taking the field, as they get set to play hosts to LASK at the Tottenham Hotspur Stadium.

Tottenham had to take the scenic route to qualify for the group stages of the Europa League after finishing sixth in the Premier League last term. Spurs first beat Lokomotiv Plovdiv before getting past Shkendija and Maccabi Haifa to reach the main draw. LASK, too, were a part of the qualifiers, where they beat Dunajska Streda and Sporting Lisbon.

Heading into Thursday’s fixture, Tottenham appear to be in fine form, having scored 16 goals in their last three games. However, their defence needs improving, with Jose Mourinho seeing his side squander a three-goal advantage to be held to a 3-3 draw by West Ham United.

LASK, on the other hand, have blown hot and cold at the onset of the Austrian Bundesliga and sit fifth on the table after winning just two of their first four games. This inconsistency is reflected in their last two games, with the visitors winning and losing a game each by a 3-0 margin.

Thursday’s fixture will represent the first time that Tottenham will be taking on LASK and ahead of the very first meeting between the two sides, The Hard Tackle takes a closer look at the Europa League encounter.

Jose Mourinho has a couple of pressing concerns to attend to ahead of the visit of LASK for their opening UEFA Europa League group stage encounter. On Thursday, the Tottenham manager will be without two first-team players.

Eric Dier (hamstring) and Japhet Tanganga (thigh) both miss out for Spurs after being absent from training this week. However, there is some good news as well, with Tottenham set to welcome back Erik Lamela and Giovani Lo Celso after the duo missed out this past weekend against West Ham United.

During his pre-match press conference, Mourinho confirmed that Davinson Sanchez will be in the starting lineup. Sanchez should have Toby Alderweireld for company at the heart of the Tottenham defence. The rest of the starting lineup, though, should be quite heavily rotated.

Matt Doherty and Ben Davies are likely to be the full-back pairing for Tottenham against LASK, with Joe Hart expected to take his place in goal. Up ahead in midfield, Harry Winks will reprise the anchor man role, hoping to keep things tight in the middle of the park. Winks will have Dele Alli and Lo Celso for company in the midfield.

The big decision in attack will centre around Gareth Bale, who made his first appearance since rejoining Tottenham after coming off the bench against West Ham. Bale should start in Spurs’ attack against LASK, with Mourinho giving him at least an hour. Bale should have Lucas Moura and Carlos Vinicius for company in the final third. 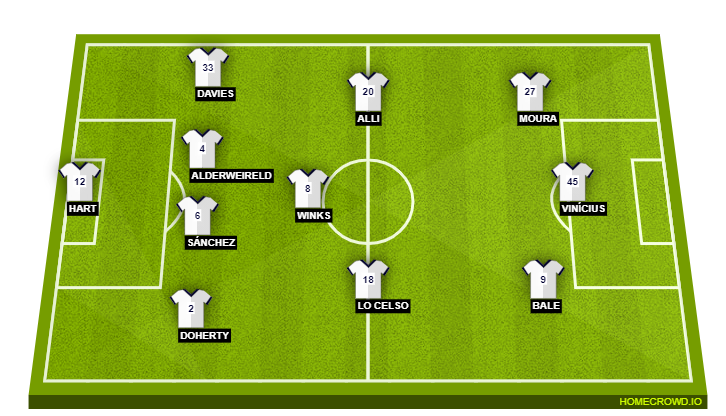 Much like his counterpart in the Tottenham Hotspur dugout, Dominik Thalhammer hardly has any fitness troubles hampering his preparations ahead of the weekend. On Thursday, the LASK boss will be without just one first-team player, with Dominik Reiter missing out for the visitors.

Thalhammer will set his side up in his typical 3-4-3 formation, with LASK aiming to retain the ball and build up play smartly and patiently. In goal, 20-year-old promising custodian Tobias Lawal is set to get a chance to impress. In front of him, the three-man central defensive unit should feature Christian Ramsebner, Philipp Wiesinger and Petar Filipovic.

Reinhord Ranftl and Rene Renner will be the wing-back duo for the visitors, with the pair having the responsibility of providing width in the final third. Renner and Ranftl will flank James Holland and Peter Michort, with the duo looking to stop the flow of Tottenham attacks through the central areas.

Finally, in attack, the onus will be on Marko Raguz to deliver the goods. Raguz will lead the line for  LASK against Tottenham and will have a lot of responsibility on his shoulders. Raguz will be flanked by Husein Balic and Andreas Gruber. 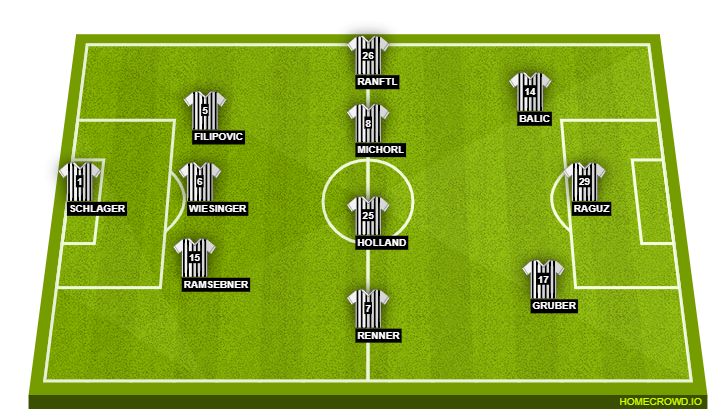 The prodigal son has returned to his erstwhile favourite hunting place and a belated full debut for a second time is on the cards. Gareth Bale is back at Tottenham looking to resurrect his career and a successful stint is just what he needs at the moment to get himself back on the right path.

On Thursday, Bale is expected to feature in some capacity even if he does not make the starting lineup. And, a LASK side that has looked leaky at the back could be just the kind of opponents for the Welshman to rediscover his best touch in the final third. Expect a fiery second full debut for Bale.

LASK are not really a side to be taken lightly, even though they have not quite been at their very best at the onset of the season. In fact, the visitors should be in with a chance to breach the goal on Thursday, although their own vulnerabilities in defence should give Tottenham the impetus to pounce.

With Gareth Bale looking to make an impression, this could end up being a long night at the Tottenham Hotspur Stadium for LASK. The Hard Tackle predicts a 3-1 win for Jose Mourinho & co. to kick-start their Europa League campaign in the best way possible.