Germany can all but book their berth in the Group Stage of the 2018 FIFA World Cup as they host Norway in an important Group C encounter.

Germany sit pretty atop Group C with maximum points gained from their seven matches so far. However, they were tested by an old foe – Czech Republic – a nation that has seen most of their standout stars retire, with not many gems coming through. Germany prevailed, though, in a late 2-1 win and would be looking to win this one as well.

Norway on the other hand, have managed to somewhat recover after what was a disastrous start to their World Cup qualification campaign. Still, they sit 9 adrift of second-placed Northern Ireland, with a place in the 2018 World Cup all but impossible at this point of time.

We at The Hard Tackle take a closer look at the fixture.

Joachim Low will be without the services of Serge Gnabry and Sami Khedira, both of whom were forced to withdraw from the squad due to injuries. The Germany manager chose not to call replacements and is likely to stick with the squad he chose against Czech Republic.

Timo Werner gave a good account of himself on the night and is likely to spearhead the attack. Mesut Ozil – arguably the best player on the pitch against Czech Republic – should be retained along with Mats Hummels, who scored the winner for the Germans.

Low, though, could bring about some changes in the midfield and defence after the earlier match, which would have left him unsatisfied with the football on display. The manager has been using Julian Draxler in the number 10 role very efficiently and is likely to do the same on Monday. 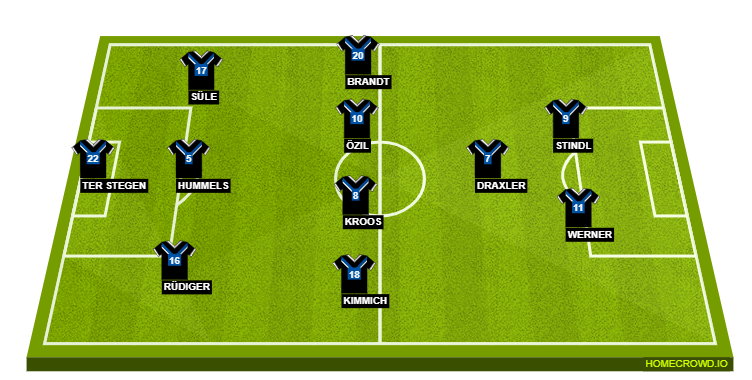 Per-Mathias Hogmo doesn’t have any injury concerns going into the game. Alexander Sorloth and Mats Moller Daehli were both taken off by Hogmo early last game with one eye on Monday and the duo is expected to start again.

Havard Nordtveit will be the key man at the back as Norway look to keep the German attackers at bay while the energetic Joshua King will be expected to have a go at Low’s back-three. 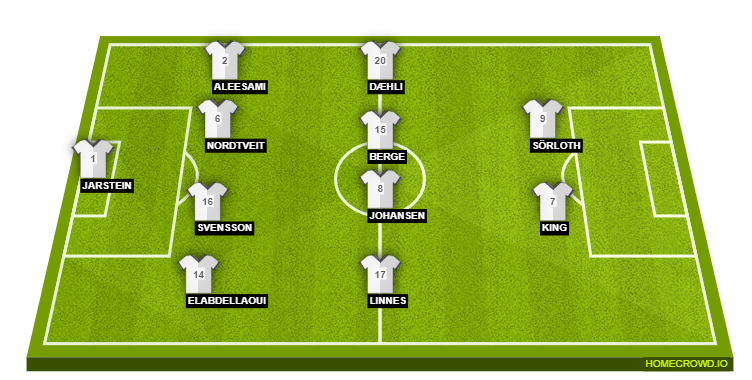 1. The first iteration of this tie in Group C of FIFA World Cup Qualifiers saw Germany run out 3-0 winners, with a brace from Thomas Muller and a goal from Joshua Kimmich.

2. Even though Norway have won just 1 of 20 international bouts against Germany, the solitary win came in recent times, in an international friendly in 2009, thanks to Christian Grindheim, who scored the only goal of the game.

3. Timo on a tear – Werner has been imperious of late, with 4 goals and 2 assists in 4 matches for the German national side.

4. Norway could mathematically bow out of contention for a place in the 2018 FIFA World Cup if they fail to win on Monday.

5. Germany can secure qualification into the World Cup Group Stage with a win here, if Northern Ireland fail to match their result.

There are many other German players who seem to be more exciting to watch than the RB Leipzig frontman. But, Germany has been longing for a new striker ever since the departure of Miroslav Klose. And in Werner, they seemed to have finally found their man.

The player has pace for days and his development into a prolific forward has truly gifted Germany with a striker for the next decade. The youngster seems to be on song currently and will be hard to stop. With the player backed up by the creative presence of magicians like Julian Draxler, Toni Kroos and Mesut Ozil, he could alone end Norway’s already dwindling hopes.

We believe Joachim Low would be absolutely miffed with their close shave against Czech Republic. And on Monday, we could see his frustration reflect on the pitch as the Germans could put on a show for the onlookers. The defence, though, seems a bit shaky and could see themselves miss out on another clean sheet.

But, it is the attack which should be the shining light on Monday and we could very well have a rout on our hands. An easy high-scoring win for Germany.