Sam Allardyce and old foe Arsene Wenger go head to head on Monday night as Crystal Palace host Arsenal in what promises to be an exciting London Derby.

The two managers once shared an intense rivalry as their styles clashed while Allardyce was Bolton boss, with several public criticisms levelled at each other, but they share a much more amicable relationship these days.

That relationship will not matter as both sides need every point they can get for very different reasons. Palace are now out of the relegation zone but danger still looms, while Arsenal are in real danger of missing out on the top 4 this season.

Monday’s match is a must-win fixture for the Gunners seeing as both Manchester City and Liverpool won on Saturday night and Arsenal fans will be hoping that their side has managed to gain some confidence from the 3-0 victory over West Ham.

Crystal Palace’s impressive four-match winning streak came to an end last weekend when the Eagles lost 3-1 at Southampton but the Eagles showed exactly what they were capable of in their impressive 2-1 upset over league leaders Chelsea.

Palace could be without up to 11 players as they head into this match. James Tomkins, Yohan Cabaye, Loic Remy, Patrick van Aanholt, Scott Dann, Pape Souare, Steve Mandanda and Connor Wikcham are all injured, while Frazier Campbell and James McArthur face late fitness tests.

Mathieu Flamini could feature against his former side while Joe Ledley will also return after missing out on the match against Southampton due to the birth of his child but it remains to be seen whether or not the Welshman will start.

Allardyce has managed to make Crystal Palace’s defense somewhat formidable since taking over, in no small part thanks to the signing of Mamadou Sakho from Liverpool and he will be looking to sit deep and defend compactly against the Gunners.

Wilfried Zaha will be the main outlet for when Palace counter-attack and Christian Benteke’s aerial threat will no doubt be utilised to it’s fullest potential, given Arsenal’s issues in defense particularly from crosses into the box. 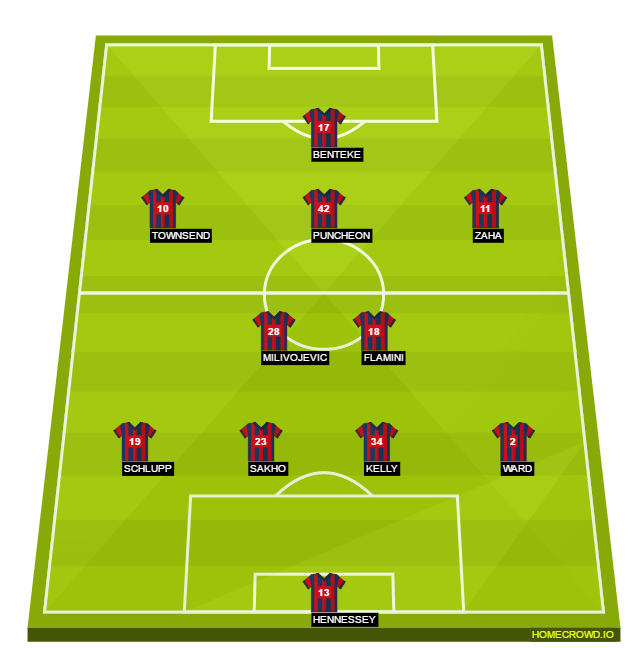 Third-choice goalkeeper Emiliano Martinez will be handed another start against Crystal Palace as both Petr Cech (calf) and David Ospina (back) are sidelined, and neither will be fit for the game at Selhurst Park. Reserve goalkeeper Matt Macey will take his place on the bench.

Laurent Koscielny (Achilles) remains absent as does Lucas Perez (thigh), while Francis Coquelin will return to the side after missing the fixture against West Ham in midweek due to unspecified personal reasons.

Arsenal will be looking to pick up where they left off against West Ham but will face a very different prospect against Palace. West Ham were in a terrible run of form while Palace have been resurgent in recent weeks. 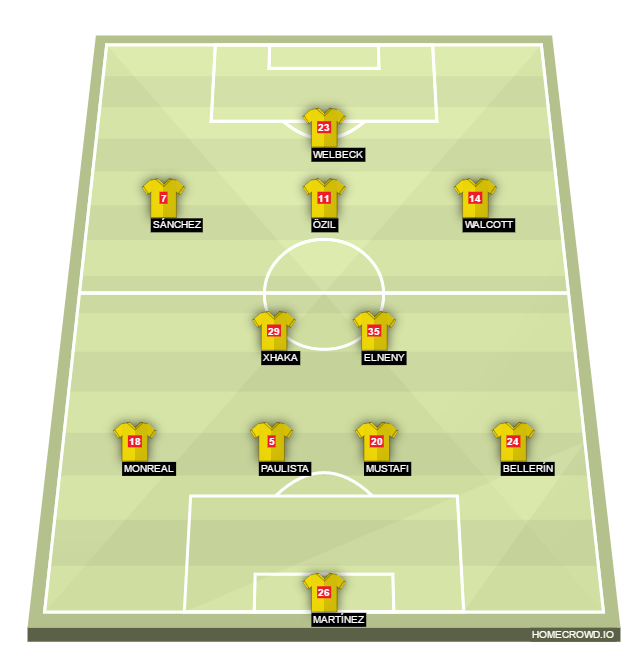 Even though Arsenal looked good against West Ham, they were coming up against a side that is going through their worst run of form under manager Slaven Bilic and had an easier time than they will against Sam Allardyce’s Crystal Palace.

Palace are well-drilled and difficult to break down. This combined with the threat that Zaha and Benteke pose to any defense will be a huge problem for Arsenal and given how porous they have been in defense, it is hard to see them keeping a clean sheet. Sam Allardyce’s side should be able to come away with a precious point on Monday night.