Manchester United travel to Selhurst Park with their confidence reinstated after a much needed win against Tottenham. Crystal Palace have also been buoyed by a couple of good results, and it should prove to be an entertaining affair in London.

The last time these two sides met was in the FA Cup Final, where United came from behind to inflict a 2-1 defeat on Palace and claim their first trophy in the post-Ferguson era. Things have changed a lot since then, with both sides getting off to substandard starts in the league this season.

Some of the pressure has been eased off Jose Mourinho, as United took three points off Spurs. They are now just three points behind them in sixth place, and will be hoping to slash the distance even further.

The Eagles cannot afford to lose this game either, as they are languishing in 15th position in the Premier League table, just three points above the relegation zone.

The Eagles haven’t been able to show much of the swashbuckling attacking flair that stood them in good stead in the beginning of last season. The defence will be a huge worry for Alan Pardew heading into the game against United, a side that has looked dangerous going forward.

Palace will look to play a defensive game and focus on sitting back, hoping to inflict damage on United on the counter. 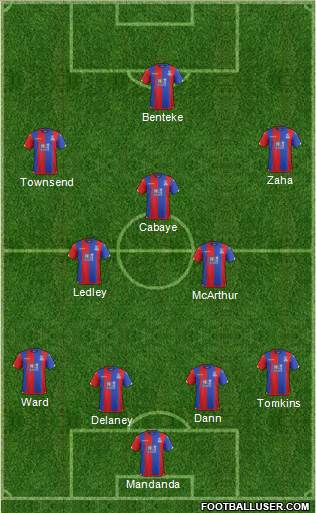 The Red Devils are playing with the sort of attacking intent that they were so agonizingly bereft of last season. Jose Mourinho may have a point in saying that they’ve been unlucky, given the fact that they have dominated opposition in the past few weeks.

One big worry for United will be the absence of Armenian midfielder Henrikh Mkhitaryan. The 27-year-old sparked a revival in his own fortunes as well as the club’s while right-back Antonio Valencia will also be missed, as he is suspended for the game.

Expect some direct, attacking, beautiful football from United in this game, as they take apart a very suspect Palace defence. 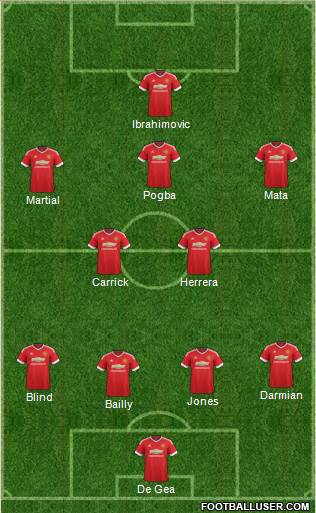 The Frenchman has been putting in some good performances off late, especially since having the burden of responsibility in midfield lifted off of him by the duo of Ander Herrera and Michael Carrick.

The world’s most expensive player is still due for a blockbuster performance, with his last goal coming against Swansea City back in early November. The leaky Palace defence could prove to be the perfect hunting ground for the 23-year-old.

United are hungry for victories, and they will be looking to finally get a dominant streak going in the Premier League. Over the past few weeks, Manchester United have outplayed and outfoxed their opponents, though this may not reflect in their run of results.

Palace have one of the leakiest defences in the Premier League, and this could prove to be a lip-smacking prospect for the likes of Zlatan Ibrahimovic, Anthony Martial and co.