Real Madrid head into their final game of their Champions League group stage with a clear-cut mission. Victory will hand them the coveted top position in the group, while anything less will mean that they come out second best.

Legia Warsaw’s heroic draw against Real could end up costing the Spanish giants a heavy price. Los Blancos will now have to beat the other unbeaten side in their group if they want to avoid the big guns in the next round of the Champions League.

Dortmund are having a tough time in the Bundesliga, but they have been brilliant in Europe and will visit the Santiago Bernabeu full of confidence and hoping to clinch top spot. It promises to be a high octane game between two of the giants of European football.

Real will be missing the attacking services of Welshman Gareth Bale, but seem to have found a good replacement in young Lucas Vasquez. He has carved a niche for himself in their attacking scheme of things, and his pace and movement will aid many a counter attacking move for Real.

Los Blancos will look to dominate possession, but against a pacy Dortmund side, manager Zinedine Zidane will be wary of pushing bodies forward and leaving the defence exposed. Croatian midfielder Luka Modric will probably look to play a more defensive game in a deep-lying play maker kind of role. 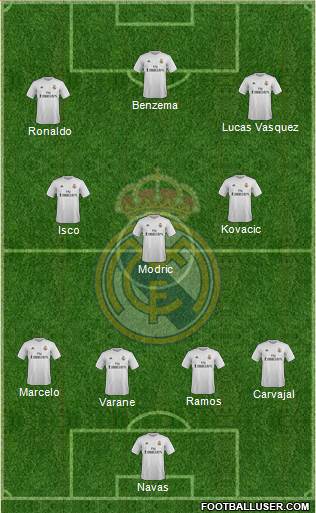 Thomas Tuchel and his side will definitely be missing the creativity of their prodigal son Mario Gotze, who is out with an injury. However the wealth of attacking talent at his disposal means that his side have enough fire power to cause Real Madrid some major problems.

BVB will have as many as five attack minded players to put the pressure on, as they hold a high back line and apply pressure on Real. They will look to their midfielders to try and dominate the game.

Shinji Kagawa and Gonzalo Castro will be the initiators of attack in midfield, and Julian Weigl the defensive shield. The formation may quickly change to 4-1-4-1 in attack, from the 4-3-3 setup that it looks like Tuchel will start with. 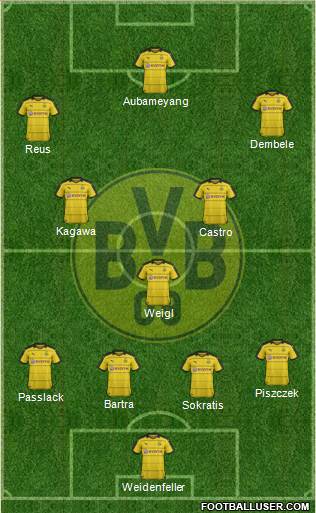 Ronaldo has been one of the most dominant goalscoring forces in the Champions League over the past decade. He holds the record for most goals in the group stage (11), but this year he has been outshone at this juncture by Lionel Messi.

Messi has nine goals in the group stages this season, while Ronaldo has managed to score only two. The Portuguese goal machine will look to make the most of the final group stage game, and will cause a lot of worries for the Dortmund defence.

Real Madrid snatched a late draw against Barcelona in their last competitive game. That may have been a satisfying enough result, but Los Blancos will not settle for a tie this time around. Although Real are well equipped to handle any opposition in the next stage, easy passage to the quarter-finals would be a boon for them.

Dortmund have been mercurial this season, and Thomas Tuchel may end up being outwitted by the inspired manager that is Zinedine Zidane.