It’s time for the biggest spectacle in La Liga. The two polarizing superpowers of Spanish football prepare to face off once again, as Barcelona and Real Madrid go head to head at the Camp Nou.

Los Blancos go into the game on the run of some stupendous form under French manager Zinedine Zidane. Zizou is proving to be as good a manager as he was a player, with his Real side as yet unbeaten in La Liga this season.

Barcelona will be looking to snatch high flying Real from their heady heights under Zizou, and smash them to ground level with a victory at the Camp Nou. The Blaugrana are already six points behind Real in the La Liga table, and a defeat in this Clasico could be a death blow to their title ambitions.

The return of Iniesta will be a welcome relief for Barcelona. The Spaniard is essential to the team and his assured passing, excellent vision and creativity will ensure that the Catalans are at their free flowing best.

The attacking trident of Messi, Suarez and Neymar will look to harass the Real defence, drifting in and out of the opposition box. Barcelona will go all out in attack, and Sergi Roberto and Lucas Digne will play a big role getting down the wings.

The heart of Barca remains the midfield though. Sergio Busquets and Ivan Rakitic are likely to play alongside Iniesta, and all three will dictate the pace and direction of the game. 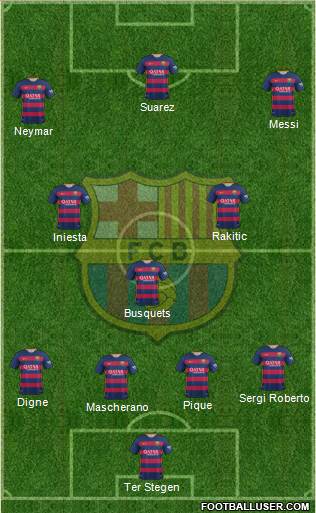 Los Blancos will be missing Welsh forward Gareth Bale for this game. However, Zinedine Zidane is showing this season that Real are about much more than just star names. The return of Casemiro is a big boost for them, as the Brazilian is an excellent defensive shield.

Real may look to give Barcelona more of the possession, then press and attack the Catalans. Zizou will have laid down some ground rules though. In defence, the central pairing will be alert as ever and one of the key instructions given will be the man marking of Sergio Busquets.

The likes of Isco, Ronaldo, Lucas Vasquez and Benzema will be alert for opportunities, but may not play in very advanced positions. This is the technique Zidane employed to much success the last time these two sides squared off. 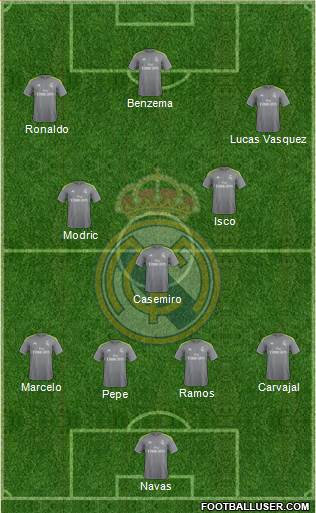 The 31-year-old Portuguese superstar is showing no signs of slowing down with age. Suarez and Messi may be hot on his heels, but Ronaldo is currently the reigning top scorer in La Liga.

Ronaldo has won only seven of his 25 appearances in El Clasico. However, he is Real’s second highest goal getter against Barcelona, with his 16 goals only eclipsed by Alfredo Di Stefano (18). The Portuguese goal machine will look to add to that tally this weekend.

It’s going to be all out war at the Camp Nou on Saturday. Real Madrid definitely go into the match as favourites on current form, but Barcelona are of course one of the greatest teams in the world.

One thing this game promises not to be though is a one-sided affair. Both the teams will go all out to secure the win, and they both boast of enviable attacking riches. A high scoring draw seems to be par for the course this time around, as the two wild steeds smash each other into oblivion.