Newcastle United are ready to rival AC Milan in the pursuit of Andrea Belotti, whose contract at Torino expires in the summer.

According to a recent report from Tuttosport, as relayed by Sport Witness, Newcastle United are prepared to step up their efforts in the pursuit of Andrea Belotti. The Torino forward has emerged as an ideal solution as new manager Eddie Howe looks to spice up his options in the attacking department, preferably in the January transfer window.

Belotti’s current contract at Torino expires at the end of the season, making him a free agent next summer. It has put Newcastle on red alert, although they are expected to face stiff competition from AC Milan.

Newcastle United’s interest in Belotti is hardly surprising as the club is in desperate need of attacking reinforcements. If their dismal record in the Premier League this season wasn’t enough, the Magpies now have to deal with the injury to star striker Callum Wilson in the recent draw with Manchester United.

The forward has been ruled out for at least a few months, thus creating a massive void in the goalscoring department. Newcastle, therefore, must enter the market in search of a viable replacement. 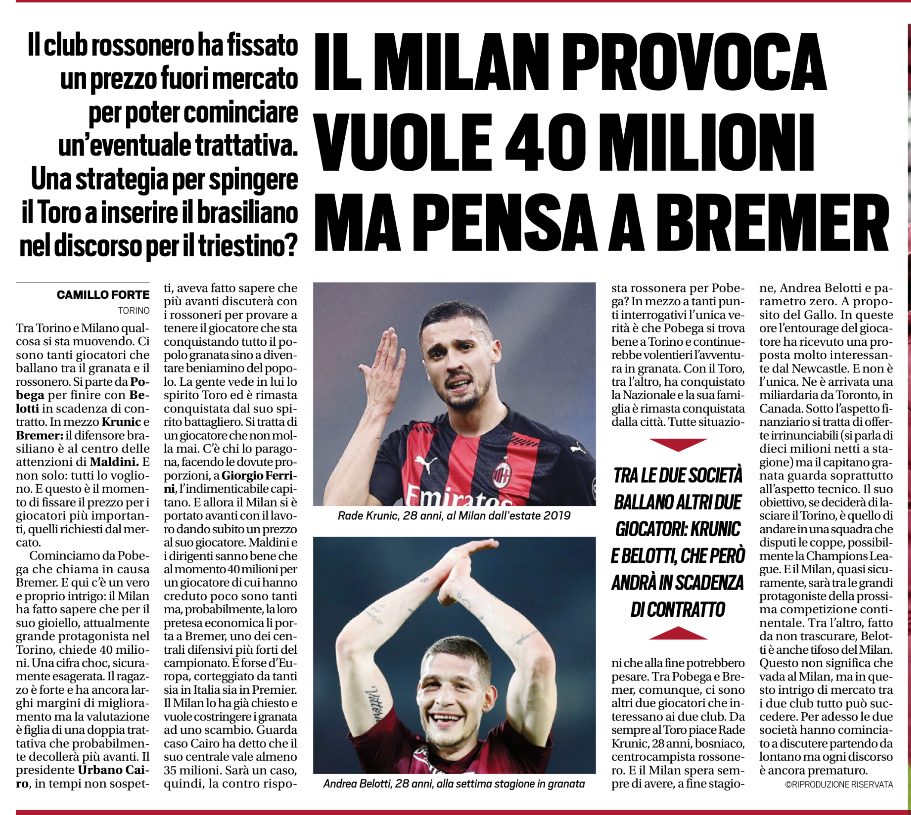 The Magpies have been recently linked with a move for Barcelona superstar Memphis Depay, but the Dutchman’s recent struggles under Xavi provide a layer of doubts over his hefty €50 million price tag. And that is where Andrea Belotti could come into the fray.

With a track record of 100 goals in Serie A, Belotti is considered one of the best forward in Italian football. The 28-year-old has scored goals consistently at the top level despite representing a mid-table outfit. Not to mention, the forward has often made a solid impression with his physical prowess and work ethic in the first line of press – making him an ideal fit for the Premier League.

Reports from a few weeks ago had suggested that Belotti does prefer a move to Milan. But after being taken over by the Saudi-backed consortium, the Magpies clearly have the financial edge over the Rossoneri. It may even open up the opportunity for them to snap up the Italian forward in January, as part of the club’s large overhaul and the attempt to stave off relegation during the second half of the campaign.