For decades that have flown by, Brazilian Football has been symbolised as one of the most spectacular brands on show in the modern world, captivating the hearts and souls of billions with their samba style, free flowing attacking football and being a strong cohesive unit in all the three departments of the game. Apart from the new-age Tiki Taka possession football of Barcelona, 21st century football has not seen much of the yesteryear tactics, Catenaccio and Total Football. The country which always played it the right way has always been Brazil, despite neighbours Uruguay being the ones to stamp the South American Football on the world during the early 1920s to 1940s.

Brazilian club football is largely known for the historic club rivalries which date far and deep into history, but have been overshadowed by the achievements of the neighbouring Argentineans – Boca Juniors, Independiente, Estudiantes and River Plate, who have won the Libertadores innumerable times. The rivalry between these clubs is more than a football game; even war would seem to be an understatement to the fans that set their heart and soul on the line, cheering and spurning on the team. The most notable rivalries from South America are the Boca – River Plate Superclassico, Sao Paulo – Corinthians, Palmeiras – Sao Paulo and Corinthians – Palmeiras. But one of the deepest rooted in tradition and pride among these Brazilian wars is Flamengo – Vasco da Gama, Classico Dos Milhoes or the Derby of the Millions.

The Carioca Championship of Rio de Janeiro, the hub of football in Brazil, has four distinguished historic clubs – Flamengo, Vasco da Gama, Fluminense and Botafogo – all of which have acclaimed success on fronts, country and continent. The race for the Carioca title has always been a four way tussle among them, amidst which the Flamengo-Vasco has stood out for years, uniting two of the biggest groups of fans in Brazil. The Joga Bonito for the Brazilians is regarded as a gift from God which distinguishes them from the others, and many clubs have affiliations with churches; with the Corcovado statue looking down upon both the clubs, divine advantage is what both clubs yearn for. It is customary for the Flamengista to take their flags to the Corcovado before any big game; likewise, the Vasco mystical Masseur, Pai Santana, has resorted to *umbanda* – a supernatural Brazilian technique to pray and protect the players. The rivalry has been as brutal as it comes, for both the players and the fans. Fittingly the derby is held at the Mecca of Football, The Maracana. Until 1950, the derby was held at the Sao Januario, another architectural masterpiece, before the Maracana was built. The roots of this rivalry go deep into history, which was first initiated by rowing, the water sport which was held as community games among the rowing clubs of Rio, which eventually grew into football. The Vascainos believe the establishment of Vasco da Gama was with the sole aim to beat Flamengo. The early years of this rivalry was underwhelming, as Botafogo and Fluminense got the upper hand over their city rivals.

Flamengo are one of the most decorated club in the history of Brazilian football, winning thirty one Carioca Championship titles, six Brazilian Serie A titles and a Copa Libertadores trophy, and have produced some of the finest talents that ever took to the field. Vascaino community and Vasco da Gama were the first team to inculcate the idea of equality and anti racism, fielding both coloured and white players while the rest of Carioca had rejected it; pride and gusto was always at stake for them. Flamengista, on the other hand, being a club born out of aristocracy, were against this during the early years of the Carioca, adding a whole new dimension to the rivalry, with both sets of fans fighting for pride and upholding their beliefs. The racial barrier was broken by Leonidas Da Silva, the inventor of the Bicycle kick, who played for both Vasco and Flamengo; he achieved iconic status by breaking every goal scoring record for both club and country.

Long before Zico, it was Zizinho in the early 1940 to the 1950’s who epitomised the essence of Brazilian football, leaving an indelible mark in history with his dazzling performances every time he stepped onto the green. The near perfect footballer in Zizinho was adept in defence, spectacular in midfield and clinical in attack; his lacklustre performance in the 1950 WC final against Uruguay is probably the only blemish that one can find in this magician’s glorious stint for both club and country, paving way for Pele and co to dominate the next few decades that followed.

Then came Vasco’s benevolent sons, Vava and Hilderaldo Bellini, the pillars of strength during Brazil’s 58 and 62 World Cup triumphs. Vava was overshadowed by strike partner Pele, who was garnering accolades for both Santos and Brazil; the instrumental role Vava played during these World Cups never got any acknowledgment from the fans. Vava also won the Golden Boot in 1962, and has the most distinguished honour of being one of the four players to score in two world cup finals (the others being Pele Breitner Zidane). Bellini, being the first ever Brazilian captain to lift the Jules Rimet trophy, was honoured with a statue, depicting the occasion outside The Maracana. It was during this period that the rivalry between the clubs intensified, with both the clubs vying for the Carioca title and continental glory. 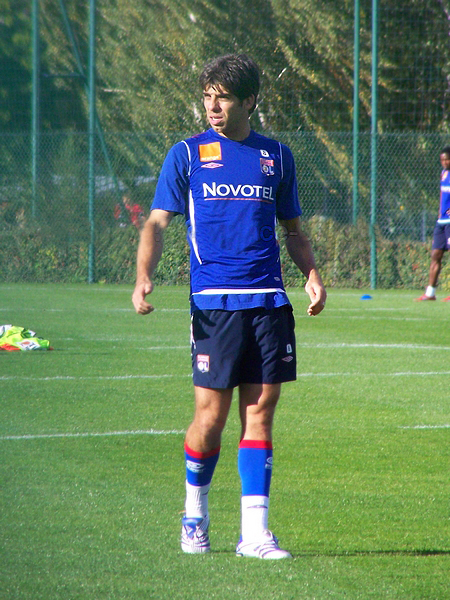 The Flamengo of the Zico era is considered to be one of the greatest club sides ever. Under Zico’s leadership and brilliance, Flamengo produced some of the finest football, demolishing every team in their path, Liverpool, the European champions of 1981, fell prey to Flamengo and Zico in the Club World Cup final, losing 3-0. It elevated Flamengo’s status instantly worldwide, and their success was envied by almost every Brazilian club, none more than Vasco. Roberto Dinamite, the contemporary of Zico, featured in sixty seven derbies and scored twenty seven goals;  the personal feud between them over two decades made the derbies even more intense. Flamengo rewarded a streaker for disrupting the 1981 final, which eventually ended in Vasco losing.

Vascainos never let Flamengo forget the incident and felt they were cheated out of the title, and the incident has produced animosity beyond bounds between both sets of fans, leading to brutal fights between the ultras of both fans. Then the bad boys, Romario and Edmundo, who played against and with each other for both Vasco and Flamengo, divided both sets of fans and provided the media with the perfect opportunity to add fuel to the fire. The Ultras of Flamengo and Vasco had recognised motivational icons among the fans; these unique members of the crowd orchestrated the chants, the flag waving, flares and fireworks during the matches, trying to intimidate the opponents and impose themselves. Being feisty is good, but violent outbreaks and fights among the Flamengo Ultras groups, Torcida Jovem Fla and Rubro Negra, resulted in many deaths and eventually had to be dissolved.

As it moved into the new century, the derby was suppressed by financial troubles, and both clubs found themselves at the wrong end of the table, fighting for survival. Neither teams managed to produce the sustained quality of football and the financial instability always hampered the progress, making the era of Zico and Roberto Dinamite probably unachievable for both these clubs. But the memories of these two superstars will always remain a crowning jewel in the clubs basked in history, tradition and pride. Despite the good, the bad and the ugly sides of the Derby of the Millions, it will remain the most watched spectacle in Brazilian football; one can only hope that after Flamengo’s recent success in the Carioca, they will reach the heights of yesteryears, and Vasco will chase them down, as they were meant to.